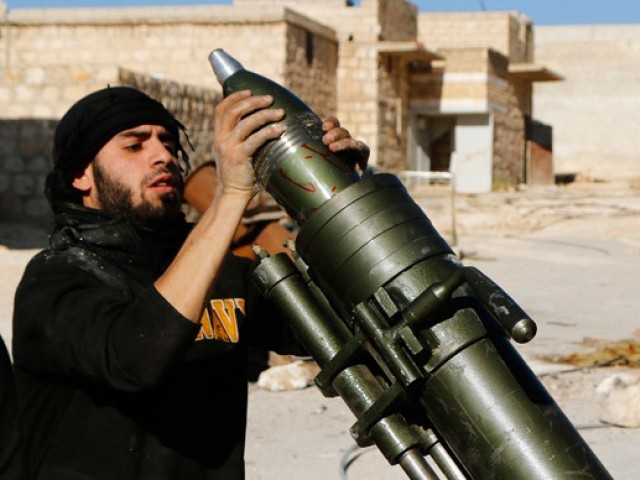 MOSCOW: Russia claimed on Tuesday that Syrian rebels had begun working on film footage that would be presented to the world as the aftermath of an alleged chemical attack by the Syrian army.

During the seven-year Syrian conflict, the West has accused Damascus on a number of occcasions of using chemical weapons against the civilian population.

The regime of Bashar al-Assad and its top backer Moscow have consistently denied those claims, pointing the finger at rebels instead.

The Russian defence ministry, citing Idlib residents, said film crews from several Middle Eastern TV channels as well as “a regional branch of a leading US news channel” had arrived for the shoot in the city of Jisr al-Shughur in Idlib.

US military drawing up options should Syria use chemical weapons

“By the end of the day”, all the footage should be handed over to the TV channels which would release it through social media, the defence ministry claimed.

According to the “scenario,” White Helmets activists will be “helping residents of Jisr ash-Shugur” after the alleged use of barrel bombs by the Syrian army, it said.

Two vessels containing chlorine had already been brought to the area from Kherbet al-Jawz, the ministry added.

Real chemicals would be used to make the footage appear more authentic and also to provide samples of allegedly contaminated soil from the scene, the ministry said.

Idlib province and adjacent rural areas form the largest piece of territory still held by Syria’s beleaguered rebels, worn down by a succession of government victories in recent months.

For weeks, regime troops backed by Russia and Iran have massed around Idlib’s periphery, with deadly air strikes, shelling, and barrel bombs falling with increased intensity in recent days.

The West has warned Assad that his regime would face serious consequences if he used chemical weapons in Idlib.

Russian officials have accused rebels of staging chemical attacks in the past in areas that government forces had been preparing to retake.