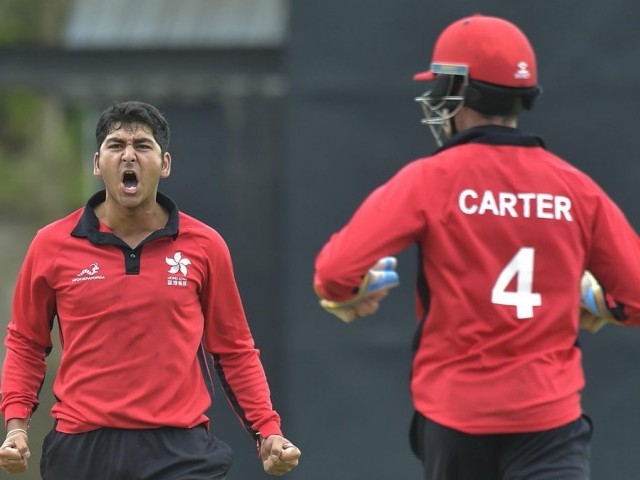 KARACHI: Hong Kong are the weakest team in the upcoming Asia Cup but counting them out might prove to be a costly bet for the teams in the main round.

The team qualified for the event via the qualifiers held in Malaysia just days before the beginning of the main event by defeating United Arab Emirates (UAE) in a closely contested final by two wickets with three balls to spare in a game reduced to 24 over-a-side due to rain.

The side finished second on the table during the round-robin stage of the qualifiers with three wins out of five matches.

Their only defeat during the event came against Malaysia in the opening match of the tournament while the match against Oman was ended without a result due to rain.

Top-order batsman Anshuman Rath has been leading the side from the front through consistent performances in the batting department which were evident during the qualifiers as well.

Bangladesh: From underdogs to challengers

Alongside Rath, former captain Babar Hayat was the other standout performer with the bat during the qualifiers.

Hayat and Rath also notched up the highest partnership of the tournament with 180-run stand against UAE for the second wicket.

The duo will be looked upon to do the bulk of the scoring during the Asia Cup in order to help the side post a competitive total on the board because there isn’t much to talk about in the middle and lower order for the side.

No player’s career is over: Sarfraz Ahmed

Hong Kong have a decent bowling attack although their wicket-taking ability is slightly tilted towards its spin bowling options with Nadeem Ahmed — highest wicket taker during the qualifiers — and Ehsan Khan putting up a good shown with the ball in the Asia Cup Qualifiers.

The middle overs are dominated by the spin twins who will look to get some purchase from the spin friendly wickets in the UAE.

All-rounder Tanvir Afzal and Ehsan Nawaz usually carry out new-ball duties while Aizaz Khan comes on to bowl at first change for the side.

None of those fast-bowlers offer express pace which is why their effectiveness on UAE pitches is expected to be limited.

They will need to bowl a tight line and length, on and around the off-stump, in order to keep a lid on the big shots.

Right-arm seamer Aizaz Khan — who picked up 5-28 in the final of the event to pave the team’s path to victory over UAE — and Nawaz picked up ten wickets each over the course of the event.

Hong Kong have prior experience of playing in the Asia Cup having featured twice in the tournament— 2004 in Sri Lanka and 2008 in Pakistan — but on both occasions they failed to win even a single match.

Placed alongside top quality international sides in the shape of India and Pakistan during the event group stage, the Hong Kong side have got their work cut-out as they face an extremely stiff challenge.

Toppling one of those sides  — who are quite possibly going through one of the best stages of their ODI cricket history — is going to be a massive ask for the young and inexperienced side.

Hong Kong will kick start their campaign against number five-ranked side of the world Pakistan on September 16 while they will face second-placed India couple of days later on September 18. Both matches will be played in Dubai.

Yet to win a match in the event

Anshuman Rath will be the captain of a 17-man squad in the six-team tournament after having replacing Babar Hayat for last week’s Asian Cup Qualifier in Malaysia.

Rath led by example with the bat by scoring 209 runs at an average of 41.8 including a century and a half-century. Rath has an overall average of 52.57 in 16 ODIs for the national team.

The 20-year-old notched up a century (102) against the UAE in their group match and also had scores of 22 against Malaysia, 52 against Nepal and another score 28 against UAE in the final of the qualifiers.

Since being made captain in place of Hayat — who made way for Rath because of the fact that he wanted to concentrate on his batting — the left-hander has shown ability to adapt quickly to meet the demand of captaincy and was also praised by coach Simon Cook for settling into the role.

If Hong Kong are to make any progress in the tournament, a lot will rely on how Rath commands the troops in the field and — more importantly — how he will perform with the bat.

Nadeem Ahmed was born in Multan, Pakistan and made his debut against the Men in Green in 2004 at the age of just 16.

Ahmed and was the top wicket-taker with 14 scalps in six matches at an average of 10.42 and a fantastic economy rate of 3.46 during the recently concluded Asia Cup qualifiers. On two occasions he picked up a four-wicket haul.

He has claimed 38 wickets in 23 ODI matches for the team so far in his career but is yet to pick a five-wicket haul.

On the back of his good form in the Asia Cup Qualifiers, the 30-year-old spinner would be keen on registering his first five-for in the upcoming event.

Ahmed has also been asked to bowl with the new ball — although more often in T20Is — but bearing in mind the conditions in UAE, he might be called upon to do the same in ODI cricket as well.

Hong Kong will be hopeful that Ahmed can replicate his performance from the qualifiers although in presence of batsmen who play spin really well, he will have to be at the top of his game.

Tanwir Afzal is one of many Hong Kong players who were born in Pakistan and also made his U19 debut for the Men in Green.

The 30-year-old has the ability to hit a long ball batting lower down the order while he also opens the bowling for the side. He has a strike rate of 114.75 in ODI cricket helped along with 17 sixes.

Afzal is a gentle medium-pacer but is also capable of explosive batting cameos and is famous for scoring 30 runs in an over during a match against Scotland — although it was in a T20I fixture but nevertheless it was a highlight of his hard-hitting prowess with the bat.

Afzal has also served as captain of the side after James Atkinson resigned as the captain in May 2015 during the World T20 Qualifier that was held in Scotland and Ireland.

Afzal won’t get much assistance from the dry pitches in the UAE but he will be keen on providing wickets upfront while also keeping in mind the fact that the side has a fragile middle-order.