It makes some inform­ation hard to come by and consul­ting profes­sional­s in person costs too much for many people­
By AFP
Published: September 11, 2018
Tweet Email 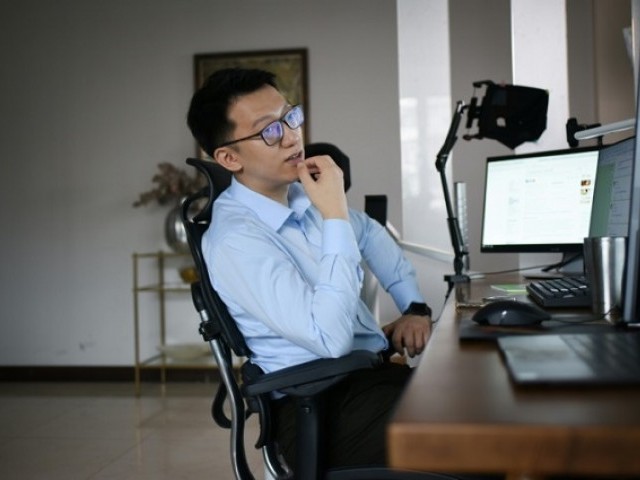 SHANGHAI: Wondering if you have a sex addiction? Have a question about the US-China trade war’s likely impact? Or about whether to buy a house? China’s online question-and-answer mavens like Gu Zhongyi are there for you.

Gu, a nutritionist, is among hundreds of thousands of “experts” who sell their advice in thriving Chinese internet forums where they serve as web-based agony aunts.

Chinese often have nowhere else to turn — the Communist government’s controls on information, especially on sensitive topics like the trade war and sex, makes some information hard to come by, and consulting professionals in person costs too much for many people.

Around 10,000 questions per day were asked last year via “Wenda” (“Q & A”), a function on dominant Chinese social media platform Weibo where financial, health and professional experts — often self-appointed — earn money with each response.

Gu quit his nutritionist job at a top Beijing hospital last year to focus on Wenda, establishing himself as a go-to guy for masses of young mothers with questions on nutrition for their babies.

“I think it is more meaningful to do a job that can impact more people. Wenda is a win-win,” said Gu, who supplements his online income writing pay-for-access articles, and also books.

Many Wenda pundits have credentialed experts, but many more become authorities merely by drawing enough of a following.

More money comes in via “snooping”, in which other users pay one yuan each to view answers to previously asked questions.

Fuelled by China’s ubiquitous use of mobile-phone payments, snooping of hot topics can bring in tens of thousands of yuan per answer, which is split between the asker, the expert, and Weibo.

“You need to find the time to go to a hospital or to buy a book. But the time and money you spend on it are costly. But I can just give the answers to you,” Gu said.

One of Wenda’s more popular experts is “Queen C-Cup”, whose identity and qualifications are unknown but who has established herself as an oracle on sex, with more than six million followers.

Open discussion of sex is still frowned upon in China, and Queen C-Cup has complained of being harassed online.

But Wenda grants a degree of anonymity to those asking questions, who seek Queen C-Cup’s advice on everything from jazzing up one’s sex life to grappling with domestic violence or the anguish of forced marriages.

Her fees range up to several hundred yuan and her answers are heavily snooped.

The number of people willing to pay for knowledge on Wenda or use other forms of paid content or articles doubled in 2017 to nearly 188 million people, it said.

The dragged-out US-China trade tussle has spurred a wave of questions, especially because China’s government — ever wary of potential social instability — has largely stifled discussion of the dispute’s impact.

“Is there any way China and the US may reconcile? How will we ordinary folks be affected?” one Wenda user asked recently, while countless others seek advice like whether to stock up now on certain goods.

China’s rising housing prices are another top subject that has minted countless “experts”, including Wang Sicong.

An investor and son of a top Chinese business tycoon, Wang was recently asked — for a fee of 10,000 yuan — whether young urban residents should use their parents’ savings to buy homes.

The answer — renting may be a better choice, Wang said — was snooped nearly one million times.

Many conservatives fret over Trump’s war on tech giants