SBP asks banks to not charge any servic­e fee on all transa­ctions from abroad
By APP
Published: September 10, 2018
Tweet Email 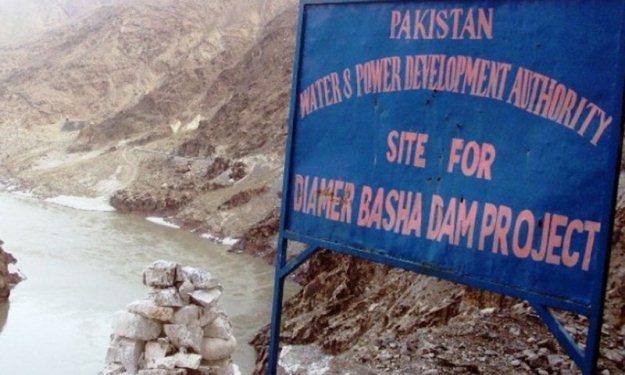 ISLAMABAD: Prime Minister Imran Khan’s recent speech calling the expatriate Pakistanis to donate for construction of Diamer-Bhasha and Mohmand dams has triggered a lively debate among Pakistanis, including those living abroad, on social media.

Most of the people have expressed excitement to generously contribute in the dam-building efforts.

The Pakistanis diaspora seem to be more eager than ever to donate for the fund after receiving a call from the PM.

People using social media are also encouraging each other to donate for the fund.

A representative of Pakistani community from Qatar, Malik Qaiser Awan, who is working as coordinator in IPF group of companies Qatar, announced through a video message on social media to donate $100,000 to the PM-CJ Diamer-Bhasha and Mohmand Dams Fund on behalf of the Pakistani community in Qatar.

“We are a group of friends … living in Qatar and we … will continue sending more until the target is reached,” he said.

Zafar Iqbal, an engineer working in Muscat, Oman, told this correspondent that he and other compatriots were very passionate about contributing to the fund.

This enthusiasm is not confined to just well-off people. Even people with low incomes are also quite passionate in this regard.

A UAE taxi driver’s video went viral on social media. He said that he would donate $50 to the fund in accordance with his earnings.

Before the appeal, expatriate Pakistanis had responded in a lukewarm manner to the fund.

They donated only Rs21.5 million out of the total amount of Rs1.94 billion, according to the data updated by the State Bank of Pakistan (SBP) on September 6.

The SBP also issued a circular that banks in Pakistan would not charge any service fee on such transactions from abroad made through payment cards (debit, credit or pre-paid cards).

Meanwhile, PTI’s Leader of the House in Senate Shibli Faraz told a news channel that he expected overseas Pakistanis to donate between one and two billion dollars over the next six months.

According to experts, if the government managed to accumulate between 400 and 500 billion rupees, work on the Diamer-Bhasha dam could be initiated by the middle of next year.

Under Public Sector Development Programme (PSDP) of 2018-19, the federal government had already allocated Rs23.68 billion for the dam, while total PSDP share for this project was fixed at Rs232 billion, which would be disbursed over the next few years.

In April this year, the Executive Committee of National Economic Council (ECNEC) had approved the construction of Diamer-Bhasha dam at an initial estimated cost of Rs474 billion.

But, the dam’s total cumulative cost would be at least Rs1.45 trillion if power generation facilities are taken into account.

This gigantic project will have a 6.4 million acre-foot live water storage capacity with an installed power production capacity of 4,500 megawatts.

After its completion, the project would increase national water storage capacity to 45 days and would enhance life span on downstream reservoirs, including the Tarbela Dam.