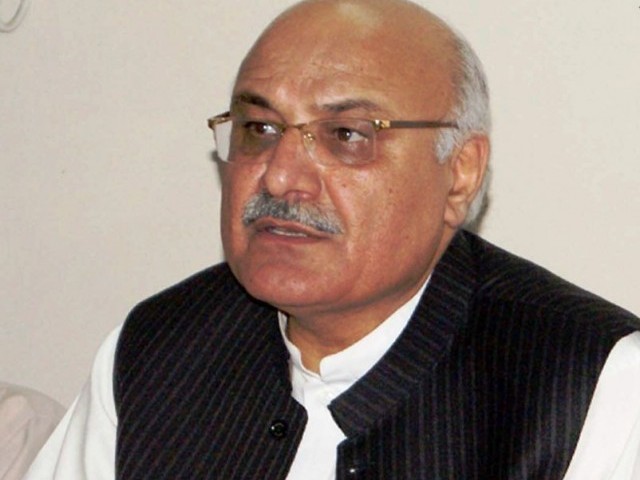 PESHAWAR: Workers of the Awami National Party (ANP) and some activists on Sunday staged a demonstration in Nowshera demanding state-provided security for the party’s senior leader Mian Iftikhar Hussain.

Protesting in the Pabbi area of Nowshera, they claimed that Hussain had been constantly receiving security alerts regarding threats against him from investigation and intelligence services.

Around 300 protesters held aloft placards and banners while raising slogans against the provincial government, accusing it of completely ignoring the security needs of senior opposition members.

The protesters demanded that the Khyber-Pakhtunkhwa (K-P) government fulfil its obligation and provide complete security to the former provincial information minister.

Pointing towards the fatal suicide bomb attack on ANP leader Haroon Bilour in Yakatoot area of the provincial capital which claimed Bilour’s life along with those of 21 others while leaving over 60 people injured, the protesters said that the government and the police completely ignored the security needs of ANP leadership in the recent elections despite warnings.

“Bilour was without police guards despite the fact that the threats were clear and the police knew about it. Now, we fear that Hussain’s life is in equal danger and it was the responsibility of the police and the government to take action and beef up his security,” said civil society member and rights activist Taimur Kamal while talking to The Express Tribune.

“Hussain is constantly receiving security alerts from agencies in which he is warned that a suicide bomber has been dispatched by the Tehreek-e-Taliban Pakistan (TTP) and even the name of the bomber and his tribe and sub-tribe has been shared,” he said.

Kamal conceded that a few police guards have been deputed to ensure Hussain’s security but contended that these were insufficient given the gravity of threats against ANP’s secretary general.