PM’s promis­e of econom­ic sustai­nabili­ty is not an easy task when the countr­y is mired in extern­al debt
By JUNAID ZAHID
Published: September 10, 2018
Tweet Email 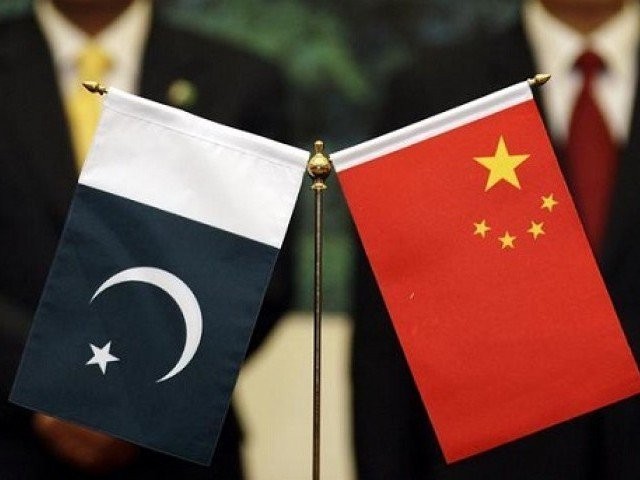 China is a fast growing economy, which was not the same 40 years ago. It took drastic steps then, which Pakistan is required to take now. It started reforms including financial reforms, economic reforms, law reforms, policy reforms and so on. PHOTO:FILE

BEIJING: Pakistan entered a new phase with the democratic transfer of power when the Pakistan Tehreek-e-Insaf (PTI) formed its government.

Cricketer-turned-Prime Minister Imran Khan, during his election campaign, repeatedly promised to bring economic sustainability in the country. Now, time has come to fulfil the promise, which sounds great to hear, but is not an easy task, especially when the country is drowned deep in external debt.

Pakistan’s external debt increased to $95,097 million by the second quarter of 2018 from $91,761 million in the first quarter. External debt averaged $54,065.23 million from 2002 to 2018, reaching an all-time high of $95,097 million in the second quarter of 2018. What can Pakistan do to bring economic sustainability? Although China always backs Pakistan, it is high time Islamabad learns from Beijing rather than just take support from it.

China is a fast growing economy, which was not the same 40 years ago. It took drastic steps then, which Pakistan is required to take now. It started reforms including financial reforms, economic reforms, law reforms, policy reforms and so on.

All these reforms were implemented one after the other with a single focus – achieving economic development.

Judicial reforms, the legal system and its implementation are well integrated in China, where more than 700 law departments exist. Resource allocation in China is also well balanced.

Among the world’s top 10 financial institutions, five belong to China. It is the macro-economic control that has brought sustainability to China’s economy, which now stands at the first place among countries attracting foreign investment.

Following are a few recommendations that could be learnt from China:

1-Pakistan should always put development as a priority. This will make it easy to implement reforms and also help attract international finances in terms of foreign direct investment, labour and trust of big market players.

2-The country should bring a balance between short- and long-term development plans. People do not want to hear about the future anymore, they want incentives. China has always included benefits for people in every annual plan. The benefits through short-term plans helped China achieve long-term goals.

3-Stabilising the financial environment is yet another factor that should be taken into consideration. For the successful implementation of financial and economic reforms, external environment should be very stable. It is the government’s responsibility to provide the best external environment. For this purpose, all major financial institutions must either be owned by the government or a major share of partnership should be held by it. If the private sector will be a major player in financial institutions, there will always remain a conflict between development and reforms. China has insurance institutes and companies with the government having major stakes in them.

4-Reforms in the banking system are crucial for any developing and struggling country. Loans must increase savings, rather than leading to further borrowing. In 1995, China transitioned from a capital-insufficient country to a capital-surplus country, just by bringing reforms in its banking system. In 2010, China planned to double its gross domestic product (GDP) in the next 10 years, but it took the country only six years to do that. It did it by reducing the cost of living, filling gaps in financial system, building capacity and by building stocks. China has now one of the finest banking systems.

5-Technology upgrade is also a very important phenomenon in the modern era, but it takes years to become a technologically-advanced country as even China is in the process of becoming one. Thus, the technological advancement should start now as technology is changing every day and one should be able to adapt to the changes.

6-Trade friction should not stop Pakistan from economic and financial growth and the country should plan its policies accordingly. China is facing serious trade friction with the United States, but this spat is not affecting Beijing’s economic development.

Now is the time for Pakistan to start implementing its well-organised short-term plans, which will ultimately lead it to the long-term plans. As mentioned earlier, in order to increase exports, per capita income and GDP growth, the country needs to bring reforms and should strictly implement them.

Pakistan needs to start with a pilot project before spreading it to the whole country, the way China did in all the reforms.

Pakistan should also promote market liberalisation, inclusiveness of all social groups and classes in terms of finances (SMEs, farmers, etc), integrated policies and internationalisation that is cross-border trade flow.

The writer is a researcher at the Sustainable Development Policy Institute