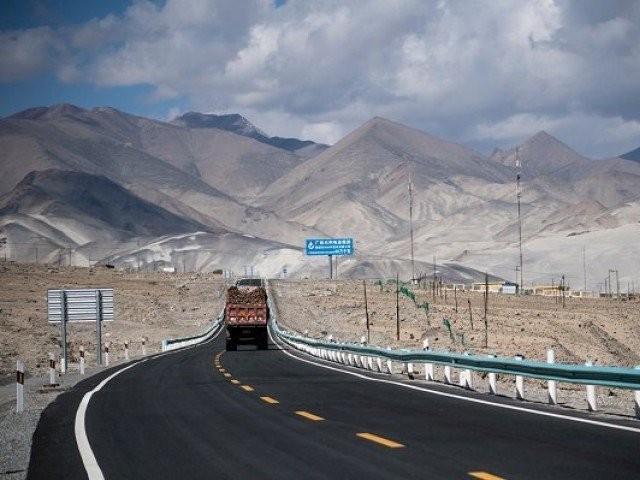 ISLAMABAD: China’s march on the development path has revolutionised the concept of speedy and sustainable growth. The last four decades had witnessed transformation of China from the poverty-stricken and low development status to a major economic power of the world.

China is approaching the last stop of development and attaining the status of a modern and developed country. There is a lot of discussion on the development path of China, but less on its development model.

For a better understanding, there is a need to dive deep into the structure of development in all aspects – economy, governance and political structure.

China’s development is characterised by a set of principal contradictions starting right after the birth of new China in 1949. These contradictions are developed in accordance with the model of Karl Marx.

He believed that if contradictions are tackled, then it can help improve the economy and society otherwise it sets the path for revolution by sharpening the divide in the society.

Chairman Mao defined the first principal contradiction and brought the issue of contemporary China to the front. The major issue at that time was class difference. This contradiction was overcome at a huge cost of social rearrangements and restructuring. With the shackles of the past broken, it allowed coming generations to focus on other indicators of the economy and society to boost growth. Deng Xiaoping introduced the second principal contradiction in 1981. He described the contradiction as “the ever-growing material and cultural needs of people versus backward social production”.

It considered it necessary to get rid of old systems of production, distribution and export strategy and move one step ahead. It was necessary to move on otherwise benefits of the first contradiction would be lost.

Special economic and investment zones were created to speed up the process of development. Most significant element of the strategy was to move in a step-wise manner both in terms of openness, and growth and development of the country.

China first selected a few areas for implementation of this development model and moved to other areas later and this process is still ongoing. Along the course of time, China transformed from a world factory to a world laboratory. Today, the country is the second largest economy of the world and is expanding its economic and trade linkages by introducing new means of engagement after the “Go Global Policy”.

To consolidate its achievements, President Xi gave the third contradiction. He defined it as “unbalanced and inadequate development and the people’s ever-growing need for a better life”.

According to him, China has developed without giving due importance to environment, which has created many development, environmental and social problems. Although China pulled 700 million people out of poverty, still millions of people are suffering at different levels.

China’s model of development and transformation is associated with these principal contradictions. It can be a good learning point for Pakistan as it is also aspiring to become a developed and modern country.

Prime Minister Imran Khan has already expressed his interest in learning from China for rapid economic and social development.

Pakistan, at the moment, is between the first and second principal contradiction, which China has overcome. There are class differences, but not as rigid as they were during the first phase of China’s revolution.

Second, Pakistan’s production system is not as old as was the case in China. Pakistan has already witnessed first industrial revolution in the 1960s and later on. It has also tried to introduce industrial and business competitiveness with varying results.

However, we could not sequence our economic and social development path and lack a strategy, which can ensure it. Our worst mistake is the inability to ensure sustainability of economic policies, social reforms and development.

The industrial and privatisation policy of the 1960s failed when nationalisation was initiated in the 1970s. The policy framework once again changed a decade later with no planning. Despite the mistakes of the past, the China-Pakistan Economic Corridor (CPEC) has provided an excellent opportunity to learn from the Chinese development and governance model.

Although China is willing to provide help, Pakistan needs to strike a balance between social, economic and environmental development. It needs to sequence its development trajectory based on facts and figures.

People of Gwadar cannot be marginalised under ambitious development

People should be taken into confidence and there should not be any utopian promises of turning around the economy in five years.

The Pakistan Tehreek-e-Insaf (PTI) government can put the economy on right track with the target of becoming a moderately developed country in the next 10 years.

Lastly, Pakistan must ensure continuity of policies. For this, it has to move towards consensus-based policy development rather than a majority-based policy.

Development projects halted due to shortage of funds

Drawing on these lessons from the biggest ally can help Pakistan move on the path of sustainable development.

The writer is chief operating officer at the Zalmi Foundation