The two are expect­ed to stay in Bani Gala for four days
By News Desk
Published: September 8, 2018
Tweet Email 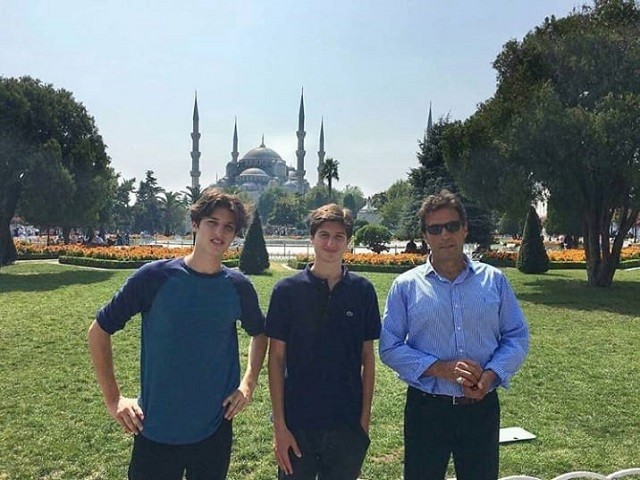 Prime Minister Imran Khan’s son Kasim and Suleiman Isa arrived in Islamabad on Saturday for a four-day visit to meet their father.

They are expected to stay in Bani Gala in their first trip to Pakistan since their the Pakistan Tehreek-e-Insaf chief became prime minister.

Imran’s children are from his former wife Jemima Goldsmith. The couple married in 1995 and separated in 2004. Both of their sons live with their mother but visit their father almost every year.

Imran’s love for his sons is evident from the fact that he has dedicated his book – ‘Pakistan, A Personal History’ – to his sons.

Their mother said they wanted to attend Imran’s oath-taking ceremony but their father told them not to.