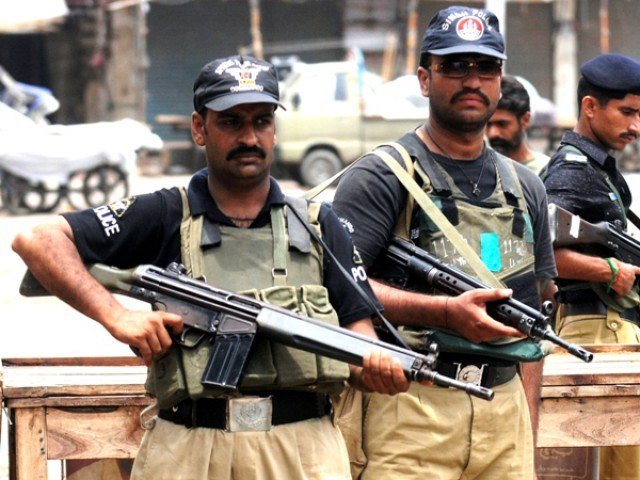 ISLAMABAD/KARACHI: The top cadre of the police bureaucracy all over the country underwent a major reshuffle after the federal government appointed Dr Kaleem Imam (a BPS-21 officer) as Inspector-General Sindh on Friday.

Salahuddin Khan (BPS-21), who was Officer on Special Duty (OSD) in the Establishment Division, was appointed as provincial police officer in Khyber-Pakhtunkhwa.

His predecessor, Amjad Javid Saleem, who was posted by the caretaker government in June, was transferred with immediate effect.

According to the notification issued by the Establishment Division, Dr Kaleem Imam, who previously served as chief of Punjab police, was transferred in his own pay and scale.

The previous PPP government in Sindh had gone to court when AD Khawaja was appointed as IG Sindh, contending that because he was an officer in a junior grade (BPS-21), he therefore unable to rein in the police affairs.

Challenging the legality of AD Khawaja’s transfer, the provincial government had pleaded the court to appoint a police office in BPS-22on this post.

“A police officer in BPS-22 is entitled to be posted as the IG. AD Khawaja is junior, so he should be removed without any delay,” the Sindh government contended in its petition filed in the Sindh High Court (SHC).

Interestingly, soon after the incumbent PPP government came into power in August, it wrote to the secretary of the Establishment Division in Islamabad on August 30, shortlisting three names, all of them in BPS-21, for the post of IG Sindh.

Dr Kaleem Imam’s name was at the top of the priority list, followed by Ghulam Nabi Memon and the Karachi police chief, Dr Ameer Ahmed Shaikh.

The federal government also recommended three individuals, including Sohail Altaf (BPS-22) currently working as chairman of the Pakistan Tobacco Board in Peshawar (under the commerce division), Syed Mumtaz Ali Shah, the federal secretary for religious affairs and inter-faith harmony division, Islamabad, and Tahir Hussain, the secretary of the National Assembly Secretariat, Islamabad.

Sources privy to the developments told The Express Tribune that the Sindh government was seeking to get Syed Mumtaz Ali Shah appointed as the province’s chief secretary.

Shah belongs to the Pakistan Administrative Service (PAS) cadre and has spent most of his time in Sindh. He served in various capacities, including the deputy commissioner, commissioner, secretary of various departments, additional chief secretary and chairman of the anti-corruption department.

“Shah’s name is on second priority, but the Sindh chief minister is trying to finalise his appointment,” a senior official in the provincial government said.

Over the past few days, there had been major reshuffles in Sindh’s bureaucracy.

Another list has been compiled for posting them on various posts in districts across the province.

Meanwhile, Joint Director of the Intelligence Bureau Fawad Asadullah (BPS-21) was also transferred. His services were placed at the disposal of the National Counter Terrorism Authority(NACTA).

Moreover, Director IB Maj (retd) Nadeem Arif (BPS-19) had been transferred. His services were placed at the disposal of the National Police Academy under the Interior Division.

Meanwhile, IB’s Deputy Director Moeen Habib, an officer in BPS-20, has been transferred. His services were placed at the disposal of the National Police Bureau.