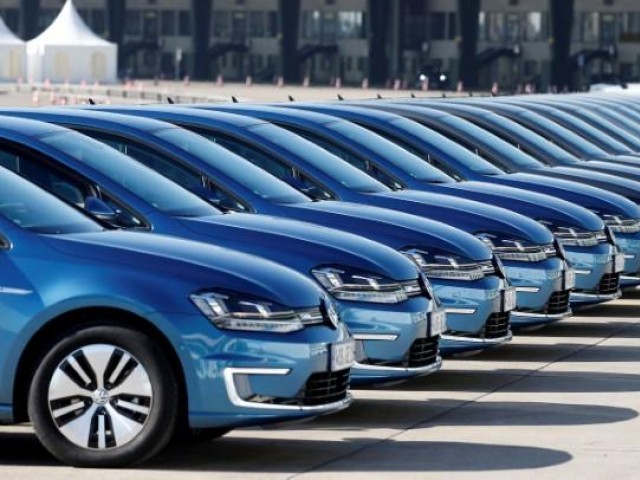 FRANKFURT: Three years after the “dieselgate” scandal shook it to its foundations, Volkswagen (VW) faces first major court case next week in Germany over cheating emissions tests on millions of vehicles worldwide.

On Monday, the regional court in Brunswick will examine whether the auto giant should have informed investors sooner about the trickery.

On September 18, 2015, American authorities accused the group of fitting some 11 million vehicles with a so-called “defeat device” able to detect when they were undergoing regulatory tests and reduce emissions to meet legal limits – only to allow them to rise again in on-road driving.

Volkswagen’s stock plunged around 40% in two days when markets reopened the following week, wiping billions off its market value.

Now investors are claiming some €9 billion ($10.5 billion) of reimbursement.

Shareholders say they could have avoided painful losses had the executives – legally obliged to share promptly any information that could affect the share price – informed them sooner of the cheating.

The case will not result in a final decision for the 3,650 claims against VW, but is supposed to clear up more than 200 questions common to all of them, in a “model case” procedure specific to German law.

Judges are expected to take at least until next year to work out whether VW failed in its legal obligation to keep investors in the know.

Lawyers for investment fund Deka, whose case has been chosen to stand in for all the others, argue board members knew about the fraud and should have revealed it between the offending software’s first deployment in 2008 and September 2015.

For its part, the world’s largest carmaker blames a handful of engineers acting without authorisation for the scheme, and says the information it had before the American authorities intervened was not significant enough to warrant warning capital markets.

Audi Chief executive Rupert Stadler remains in custody after being arrested on June 18 on suspicion of “fraud” and involvement in “issuing false certificates”.