The accuse­d kills the husban­d and step-mother of a woman he was allege­dly involv­ed with
By Our Correspondent
Published: September 7, 2018
Tweet Email 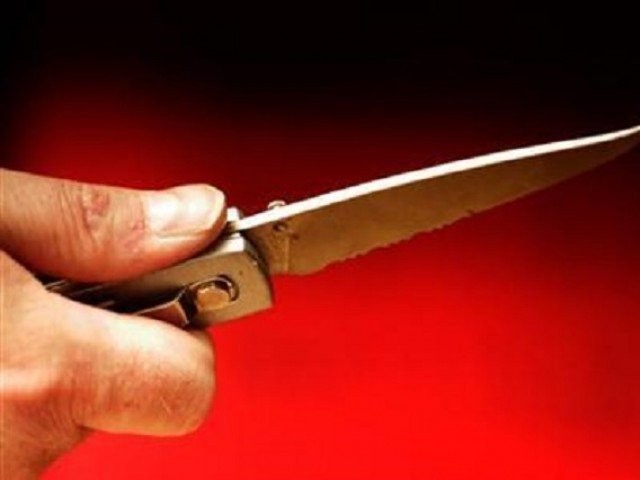 JHANG: A man slit throats of two people in a bid to take revenge of his insult in Jhang on Thursday.

An official of Kotwali police station told Express News that accused Haider Shah was allegedly involved in a friendship with Atif Rizwan’s wife Faiza Bibi. He added that the accused used to visit the woman’s house to meet her. “However, when Faiza’s husband came to know about their relationship, he had an argument with Shah and warned him not to visit his house,” the police official maintained.

Man guns down wife over ‘illicit relations’ in Punjab village

He pointed out that in a fit of rage, the culprit barged into Atif’s house and while he was asleep in the courtyard and slit his throat. The accused also killed Atif’s mother Mussarat Bibi.

He said Shah also tried to murder victim’s aunt Ayesha Bibi, who was present in the house at the time of the incident but she raised a hue and cry forcing the suspect to flee from the spot. Meanwhile, the police held Faiza Bibi. A case was registered against the accused.