The women were hit with a stick, slappe­d, kicked­
By Our Correspondent
Published: September 6, 2018
Tweet Email 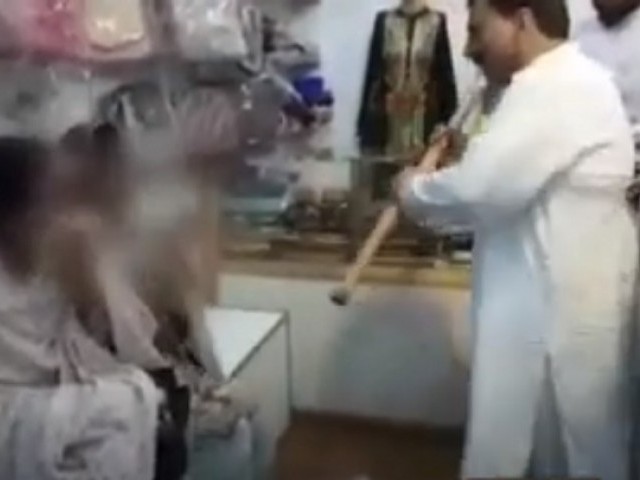 A man beating women with a bamboo stick in a shop in Lahore. SCREENGRAB

LAHORE: A video has emerged of shopkeepers thrashing two women for allegedly shoplifting in a market in Lahore.

The video began doing the rounds on social media, in which the women went to a clothes shop in a market near Jallo Mor.

According to reports, the women allegedly tried to steal a bundle of cloth from one of the shops.

Upon the shopkeepers coming to know of this, they stopped them and began brutally torturing the victims.

As can be seen in the footage the women are first slapped. Another person who reportedly has been identified as Mian Ejaz, who is carrying a club then Ejaz attacks them, as well as, hurling threats at them.

Later on, they also detain them illegally in a room after which they are finally released.

A case has been registered on the complaint of local police against three accused persons.

DIG Operations Shahzad Akbar said that they have formed team to nab the suspects.