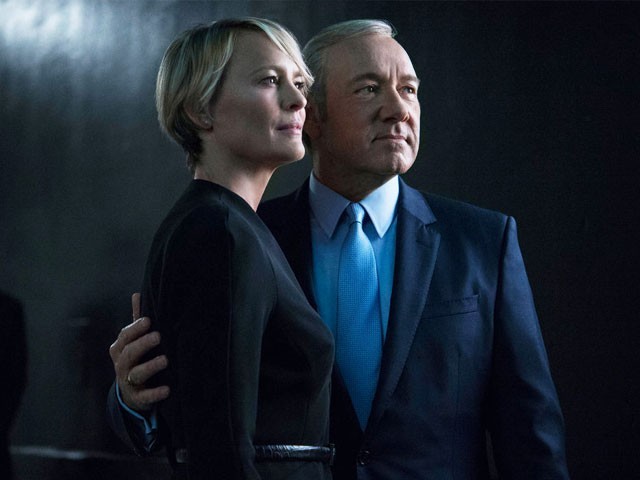 LOS ANGELES: Frank Underwood is officially dead, according to a trailer for political series House of Cards, which returns to television in November without lead actor Kevin Spacey. 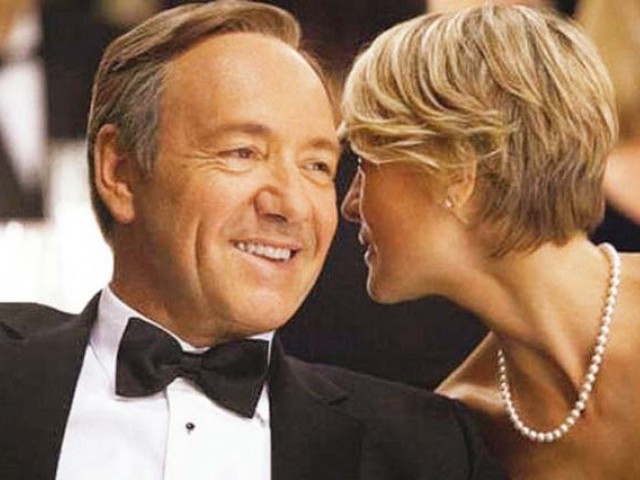 House of Cards made history by becoming the first online series to win three Emmy awards in 2013. PHOTO: REUTERS

“I’ll tell you this though, Francis,” she says. “When they bury me, it won’t be in my backyard. And when they pay their respects, they’ll have to wait in line.”

The trailer gave no details of how Underwood dies in the show but Netflix has said that the sixth and final season of the show will focus on Wright’s devious character, who became US president at the end of season five.

Spacey was dropped from House of Cards last year after more than 30 people accused the Oscar-winning actor of sexual misconduct, but it was not known how his ruthless US president character would be written out of the TV show.

Spacey became embroiled in controversy in 2017 when actor Anthony Rapp accused him of trying to seduce him in 1986 when Rapp was 14. Spacey apologised for any inappropriate conduct with Rapp but has not commented since and has stepped away from public life. 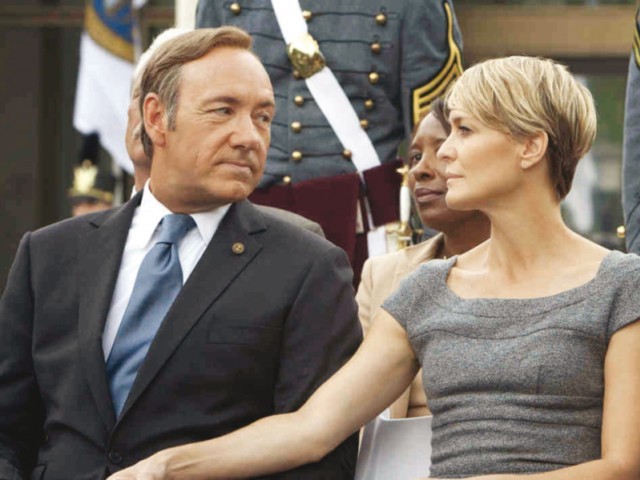 The show finds itself in the centre of a real-life political debate in Maryland over the tax credits the show has received as part of a production deal. PHOTO: FILE

Los Angeles prosecutors on Tuesday announced they would not file sexual assault charges against Spacey in one case involving a 1992 accusation because it fell outside the California statute of limitations. A second case is under review by the Los Angeles District Attorney’s office

House of Cards put Netflix on the map as a home for original entertainment when the series debuted in 2013 starring Spacey.

The sixth season House of Cards will be released on Nov 2 and will consist of just eight episodes rather than the 13 episodes of previous seasons.

Women in positions of power get bullied and harassed: Kangana Ranaut