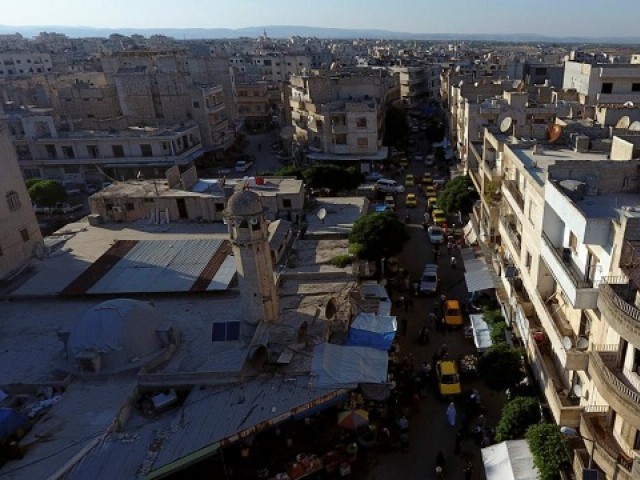 BEIRUT: The Syrian military shelled the last stronghold of active militancy against President Bashar al Assad on Wednesday as insurgents blew up another bridge in anticipation of a government offensive, a war monitor said.

Damascus, backed by allies Russia and Iran, has been preparing an assault to recover Idlib and adjacent areas of the northwest and resumed heavy air strikes on Tuesday after weeks of lull.

The Syrian Observatory for Human Rights reported that pro-government forces focused their shelling overnight and early on Wednesday on the area around Jisral Shughour in the west of the militant’s enclave.

The countryside around there was also the main target for Tuesday’s air strikes, rescue workers, a militant source and the British-based Observatory said.

Erdogan says attack on Idlib would be a massacre

Turkey, which has a small military presence in observation posts it has erected along the frontlines between militant presence and government forces, reiterated its warnings against an offensive.

Its president, Tayyip Erdogan, was quoted by a Turkish newspaper saying an attack on Idlib would be “a serious massacre” and he hoped for a positive outcome from a summit with Russian and Iranian leaders on the matter on Friday.

Idlib’s militant factions are divided, with a terrorist alliance that includes al Qaeda’s former official Syrian affiliate holding most ground. The alliance, Tahriral Sham, is designated a terrorist organization by the United Nations.

Russia has described Idlib as a “nest of terrorists” and a “festering abscess” that must be resolved. The United Nations Syria envoy Staffan de Mistura on Tuesday urged Russia and Turkey to find a solution and avert a bloodbath.

Two other bridges were destroyed last week in anticipation of a government offensive, which a source close to Damascus has said is ready, and will be carried out in phases.