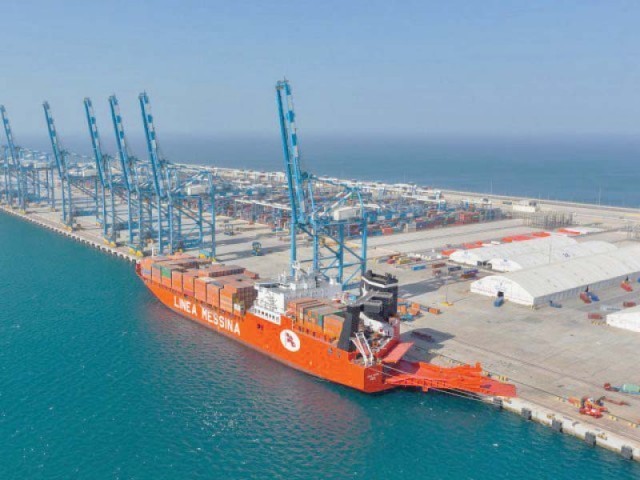 The CPEC committee will be responsible for periodic review of the work programme of all CPEC working groups. PHOTO: FILE

He has not only delegated powers to the federal ministers concerned to head these bodies, but has also made sure that the finance minister does not become as powerful as former finance minister Ishaq Dar was. The premier has given the chairmanship as per job description.

Imran has already set up the Economic Coordination Committee of the cabinet, headed by the finance minister.

The CPEC committee will be responsible for periodic review of the work programme of all CPEC working groups, according to the terms of reference of the committee.

It has also been mandated to resolve inter-ministerial issues and ensure timely completion of approved CPEC projects.

The CPEC committee’s third main mandate will be to develop and implement an integrated approach for CPEC’s long-term plan with special focus on investment and industrial development, which remains the weakest areas of Sino-Pakistan economic cooperation.

The committee will also approve the agenda for the CPEC Joint Cooperation Committee (JCC) – the key forum that has powers to include and exclude projects from the CPEC framework agreement. The last JCC meeting was held in 2017.

At the time of CPEC’s inception, both China and Pakistan had prepared short- to long-term programmes to implement the $60-billion pilot project of the Belt and Road Initiative of the Chinese president.

Both countries had finalised a list of prioritised projects, which were supposed to be completed by 2018-19 and actively promoted projects to be implemented by 2022.

Sources in the planning ministry said the PTI government had decided to take a holistic view of CPEC projects and wanted to move away from coal-based power plants to clean energy projects.

The decision was taken in a federal cabinet meeting which also directed the audit of mass transit projects initiated by the last PML-N government including the $1.65-billion Orange Line Metro project, Lahore.

Sources said the finance ministry and the planning ministry would closely collaborate to ensure that only financially viable and economically sustainable CPEC projects were taken to the next stage.

The $2-billion Karachi Circular Railway and at least $8-$10 billion Mainline-I project of the Pakistan Railways were the two schemes that had faced serious problems.

The prime minister also set up a seven-member CCOP with finance minister as its chairman. Other members include the law minister, planning minister, minister for privatisation (yet to be appointed), adviser to the PM on textile, adviser on institutional reforms and cabinet secretary.

The CCOP is responsible for taking decisions on the sale of government assets. During the tenure of Nawaz Sharif, the cabinet body had approved the sale of $1.7 billion worth of government stake in half a dozen entities.

Contrary to the PML-N’s policy to centralise decision-making for energy matters, Imran has made the petroleum minister as chairman of the six-member CCOE.

The CCOE will be responsible for ensuring a smooth implementation of energy projects, particularly those that fall under CPEC, according to its terms of reference.

It will also identify and remove bottlenecks in the way of expeditious implementation of these projects.

The CCOE has also been given responsibility to identify flaws and deficiencies in the existing legal and institutional framework governing the energy sector.