Why would Pakistan invade North Waziristan?

Why would Pakistan invade North Waziristan? 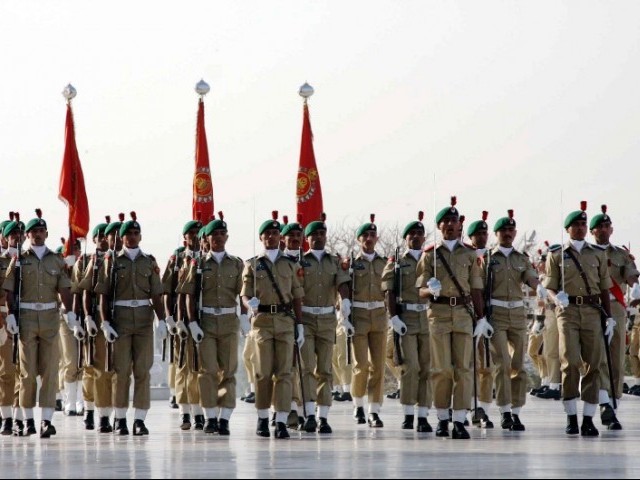 Pakistan has its own enemies in North Waziristan, mainly the Tehrik-e-Taliban movement.

ISLAMABAD: Pakistan has been talking about mounting an offensive in North Waziristan for a long time. But if it goes ahead with one now, it will be due mostly to US pressure. Washington has long pressed Pakistan to go after militant groups such as the Haqqani network in North Waziristan who cross the border to attack US troops in Afghanistan.

The military has been reluctant to go after those militants, who it sees as strategic assets to ensure influence in Afghanistan and keep India at bay.

But it may no longer be able to resist after it was discovered that Osama bin Laden was living in Pakistan, which depends on billions of dollars in American aid.

Pakistan has its own enemies in North Waziristan, mainly the Pakistani Taliban movement, but the army is stretched in other parts of the northwest and getting sucked into fighting on difficult terrain which militants have mastered may be risky.

How would N. Waziristan differ from earlier offensives?

North Waziristan would present the same geographical challenges as other areas where offensives have been launched. Militants have spent years getting to know the mountains and forests and digging in for any major operations.

The main difference in North Waziristan is that it is home to a wide assortment of militants from all over the world, not just homegrown Taliban militants who are more predictable.

Attacking a group of al Qaeda fighters, for instance, could invite retaliation from a host of other militants, from Egyptians to Chechens.

The Haqqani network, an Afghan insurgent faction seen as one of the United States’ most implacable foes across the border in Afghanistan, presents the Pakistani army with its most dangerous dilemma in North Waziristan.

The United States will undoubtedly insist that any offensive should target the Haqqanis. Pakistan denies backing the group.

Pakistan would need far more air power and ground troops in North Waziristan because militant sanctuaries are more spread out.

The town of Mir Ali is just one example of the perils. It is surrounded by hills and narrow gorges that make ideal hiding places for militants.

Any success would require follow up operations to deny militants of any future sanctuaries.

What are the risks?

A major worry is a government offensive would incite a general uprising against the state by the Pashtun tribes who live in Waziristan and other areas along the border.

Pakistan might worry that Afghanistan, which has long questioned Pakistani rule over the Pashtun lands, could cause trouble in the area.

A North Waziristan offensive would probably be the army’s toughest test since it joined the US-led war against militancy launched after the Sept. 11 attacks in the United States.

Before launching operation in South Waziristan in 2009, the army made a pact with one of the most prominent militant commanders in North Waziristan, Hafiz Gul Bahadur.

Under the terms of the deal, he agreed to stop aiding militants in South Waziristan and in return the army would keep away from his territory in North Waziristan.

If the arrangement falls apart, the country could face a bigger security threat as it tries to contain suicide bombings carried out by the Pakistani Taliban, who have already delivered on threats to avenge bin Laden’s death.

Unlike the Pakistani Taliban, Bahadur and the Haqqani network have refrained from attacking targets inside Pakistan and have focused on fighting US-led NATO forces in Afghanistan.

The nightmare scenario would be the Haqqanis, Bahadur, al Qaeda and other hardcore militant groups turning on the Pakistani army in retaliation for a North Waziristan operation.

If an offensive forces tens of thousands of people to flee North Waziristan, and civilians are killed, public discontent with a government which has failed to improve basic services and create economic opportunities may deepen.

“This operation will be tougher than South Waziristan. I fear there will be much more destruction and human losses from both sides,” said Asad Muir, a former head of Pakistan’s Inter Services Intelligence in the northwest.