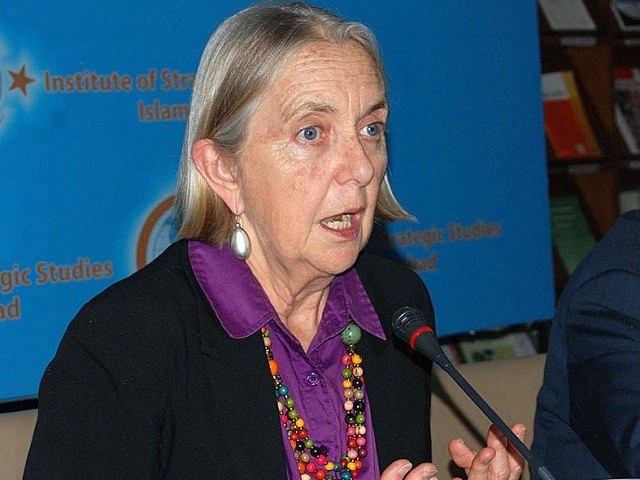 Speaking to reporters following a meeting with Speaker AJK Legislative Assembly Shah Ghulam Qadir, she said that a recently issued report by the Office of the United Nations High Commissioner for Human Rights United Nations (OHCHR) on Indian-held Kashmir carries a lot of weightage.

She urged political parties and governments in the west to come forward and support the Kashmiri people in accordance with the recommendations of the OHCHR report. “We need plebiscite for Kashmiris. We need to end the human rights abuses and end the violence in the occupied valley,” she added.

Meeting young Kashmiris has been a highlight of my visit. Energetic, inspired, innovative and deeply committed to stopping the violence and holding the long delayed plebiscite so all Kashmiris have a say in their future. https://t.co/2JEoXdOpz6

“We don’t intend to give it a Pakistan-India or Hindu-Muslim colour … it is the issue of Kashmiri people and their right of self-determination and we are here to support them.”

AJKLA Speaker Ghulam Qadir thanked the Australian leader for visiting the area and pledging full support to the oppressed people of Indian-occupied Kashmir. Later, he presented a shield to the visiting dignitary.