Says US secret­ary of state coming just to pressu­rise Islama­bad to do more
By Sardar Sikander
Published: September 3, 2018
Tweet Email 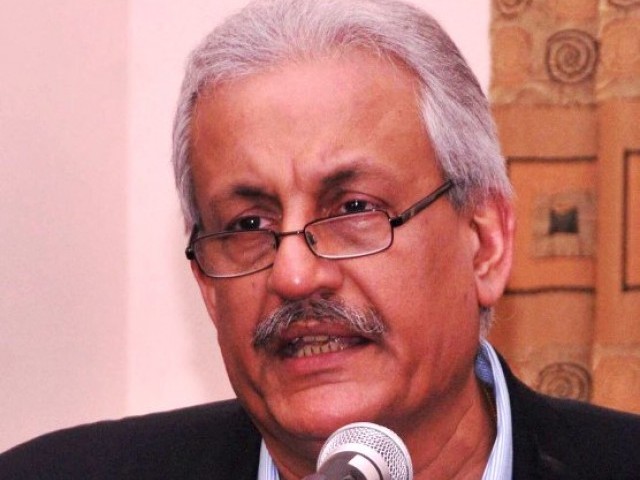 ISLAMABAD .: Senate former chairman Raza Rabbani has urged Prime Minister Imran Khan not to meet the US Secretary of State Michael Pompeo during his upcoming visit to Pakistan, saying the visit is part of the US tactics to pressurise Pakistan into ‘doing more.’

“This is against the protocol. The US secretary of state should meet his counterpart, Foreign Minister Shah Mehmood Qureshi (and not the PM). For the PM not meeting the secretary of state is very much within the official protocol and diplomatic norms,” Rabbani said on Monday.

The senator, who is also a senior leader of the Pakistan Peoples Party, was talking to journalists with reference to American officials’ upcoming visit to Islamabad on Wednesday on the sidelines of the Senate session.

Rabbani also slammed the US decision to stop payment of $300 million to Islamabad after accusing the country of failure to take action against terrorist sanctuaries allegedly operating in Pakistan.

“This is not the aid, in the first place. This is the amount payable on part of the US to Pakistan for the expenditure Pakistan has incurred in the war on terror.

“Resorting to this kind of move as blocking the payment of arrears—these are all pressure tactics—to get Pakistan give in to the US demands to do more as per Washington’s sweet will.”

He said this has happened for the second time and is unacceptable.

“They also made public transcript of Pompeo’s phone call to the PM. This just adds insult to injury. No need (for the PM) to meet him. Earlier, the US pressurised the IMF (International Monetary Fund) not to give a bailout package to Pakistan saying this package would serve interests of China,” he added.

It’s not aid, US owes money to Pakistan in CSF: Qureshi

Addressing media on Sunday, Foreign Minister Qureshi earlier insisted that the funds stopped by the US were not an aid but “our money for the losses we suffered and expenses incurred in the war on terror.”

On August 23, Secretary Pompeo spoke with Pakistan’s newly elected PM Imran Khan and wished him success. A statement from the State Department’s spokesperson Heather Nauert about Khan-Pompeo conversation said Secretary Pompeo “raised the importance of Pakistan taking decisive action against all terrorists operating in Pakistan and its vital role in promoting the Afghan peace process.”

This attracted a quick rebuttal from Pakistan’s Foreign Office.

“Pakistan takes exception to the factually incorrect statement issued by US State Department on today’s phone call between PM Khan and Secretary Pompeo. There was no mention at all in the conversation about terrorists operating in Pakistan. This should be immediately corrected,” the Foreign Office Spokesperson Dr Faisal tweeted on August 23.

The next day, the State Department’s spokesperson said “We stand by our readout,” referring to the press release issued after Khan-Pompeo conversation.

“I know the State Department’s spokesperson said ‘we stand by our readout’ but with all due respect let me say that this is not true and is in complete contradiction with facts. Mistakes do happen, might have happened (from them). What we have reported is true,” the foreign minister told Senate last Tuesday.

Recently, in what came as embarrassment to Pakistan, the US released the transcript of the said telephonic conversation between Khan and Pompeo.

Another Senator from Pakistan People’s Party Sherry Rehman tweeted “The Pompeo visit will be a stop-over where he will press for Pakistan accepting onus for securing a political settlement in Afghanistan. Pakistan should NOT agree to take any more responsibility than we already have. Instead, remind them, nicely, that the $500 CSF they cut earlier is NOT aid.”