Pledge­s to work for whole countr­y, if electe­d
By Our Correspondent
Published: September 2, 2018
Tweet Email 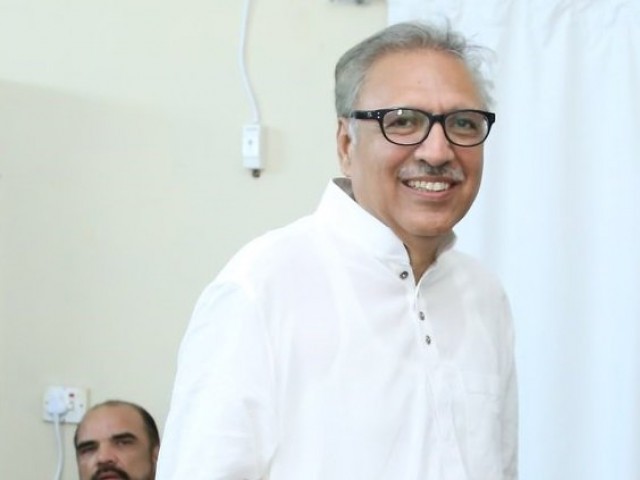 LAHORE: Pakistan Tehreek-e-Insaf’s (PTI) Dr Arif Alvi, nominated for the upcoming election on the presidential slot, on Saturday vowed to take all the provinces on board to put the country on the path of progress and development.

Dr Alvi, after a meeting with Punjab Governor Chaudhry Ghulam Sarwar, said he would be the president of Pakistan and not of a single party. “The nation will see the difference between me and President Mamnoon,” he remarked. “We will make all-out efforts to put the country on the right track. The people of all provinces will be given equal basic facilities such as health, education and others. The good time is coming.”

The PTI leader said there was a need to pave the way for development and the nation would start working itself to take the country towards progress.

“We will bring stability in institutions which will ultimately lead to progress of the country. If I am elected as the president of Pakistan, I will work in the constitutional framework rather than sitting idle.”

Dr Alvi said PTI would work to make the things easier rather than controversial. Shedding light on the vision of Prime Minister Imran Khan, he said Khan’s efforts would bear fruit in coming days and the nation would see the results.

Punjab Governor Chaudhry Ghulam Sarwar said there would be 100% attendance in Punjab on the election day and PTI would contest polls with the full vigour and support of its MPAs.

“We will have to move forward and forget the bitter experiences of the past. There are ups and downs in politics but we cannot stop moving forward,” Dr Alvi said. Responding to a question related to contact from Fazalur Rehman, the speaker said Fazal was laughing when he made a phone call. On another query over contact with Pakistan Awami Tehreek’s (PAT) chief Tahirul Qadri, Pervez Elahi said they were in contact with PAT’s leaders and justice in Model Town massacre would be meted out.