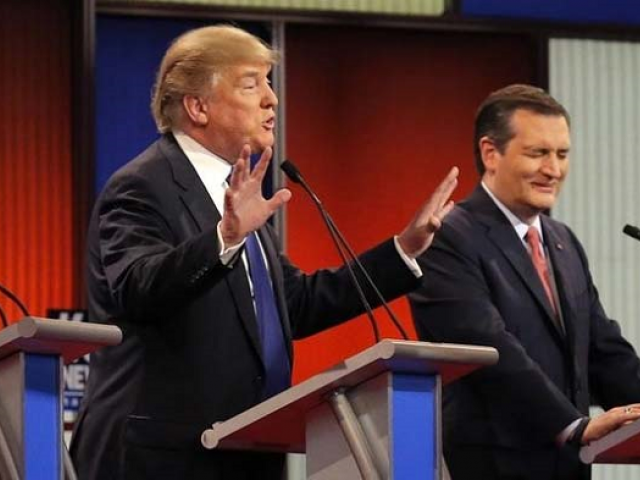 Trump tweeted on Friday that he would organise an October rally for Cruz at the “biggest stadium in Texas” in connection with the upcoming November 8 midterm elections.

I will be doing a major rally for Senator Ted Cruz in October. I’m picking the biggest stadium in Texas we can find. As you know, Ted has my complete and total Endorsement. His opponent is a disaster for Texas – weak on Second Amendment, Crime, Borders, Military, and Vets!

Terrific! Texas will be glad to see you. Working together, we’ve won major victories for the people of Texas: historic tax cuts, repealing job-killing regulations, rebuilding the military & confirming strong constitutionalist judges. And as a result, the Texas economy is booming! https://t.co/BkeHpUo1pn

Some ‘choice’ Trump tweets on Cruz before the newfound bonhomie:

Twitterati were quick to take aim following the announcement:

Hi @tedcruz, you’d ignore Donald Trump’s smears against your wife and your father because you want to stay in office that badly. You’re a spineless, heartless fool. https://t.co/czSXEZ3XmR

I don’t get the Ted Cruz/Donald Trump friendship.

Call me old fashioned, but anyone who said that my father helped kill JFK and made fun of my wife and children to win an election would be on my shit list for the rest of my life.

Trump’s tweet announcing his ‘major rally’ for Ted Cruz.
Followed by several tweets expressing how Trump really feels about Cruz.
If Cruz had any guts, he’d say, “No, thanks.” to the worst liar in history. pic.twitter.com/FDIHKiM9CE

I’m assuming Trump is going to start supporting Ted Cruz since the polls are close against @BetoORourke . Here’s some reminders of what Trump thinks about Cruz. pic.twitter.com/b5HFA4KcI8

This story originally appeared in Indy 100.