The countr­y stands in a dismal state in terms of human develo­pment
By Nuzair A Virani
Published: September 1, 2018
Tweet Email 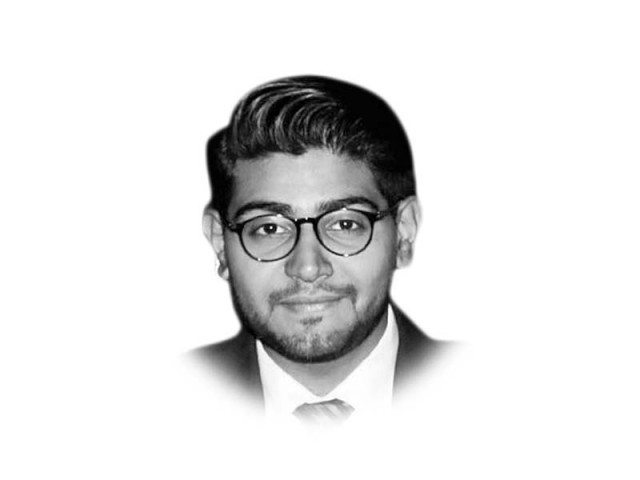 The writer is freelance journalist and a communications professional. He can be contacted at nuzairvirani@gmail.com

With yet another consecutive democratic transition, the hope of a ‘Naya Pakistan’ has reignited. A Pakistan where the basic necessities of life like health and education are a priority. A Pakistan where corruption is tackled down to its roots and the tax money is utilised on the amelioration of the country.

The real development and progress made by a country is best evaluated from the globally set economic and social development indicators. Children constitute over 48 per cent of Pakistan’s population. Unfortunately, the country stands in a dismal state in terms of human development and is poorly ranked on the basis of its commitment to uplifting human well-being and children in particular.

In developed countries, national policies are made in a manner that they contribute to human development. In Canada for instance, the government finances health insurances, whereas the private sector delivers additional benefits such as prescription drugs, dentists and optometry. Similarly, Britain has a slightly advanced system since the government not only finances care, but also provides it through the National Health Service (NHS).

In the context of provision of adequate health services, the course of Pakistan’s economy certainly needs to be corrected and drastically right-sized. Among other important aspects, this includes more focus on health and education at all levels of the national population. Over the past years, the country’s expenditure on healthcare has ranged between 0.6 to 0.7 per cent of the GDP. In these years, all health-related policies addressed urgent medical and curative needs but the larger and integrated health vision that binds together both the curative and preventive sides was unfortunately ignored.

The PTI initially pledged a funding increase of 2 to 2.55 per cent in national health spending in its election manifesto. This was expected to rise every subsequent year. Now that the PTI has taken up the reins of government, it would be extremely important for it to focus on tackling the underlying factors concerning its national health policies such as nutrition, non-communicable diseases (NCDs), hygiene and family planning.

For years on end, malnutrition and undernourishment in children, particularly in those under-five, has been one of the leading factors with regard to the high incidence of child mortality in Pakistan. According to a report titled ‘The Economic Consequences of under Nutrition in Pakistan’, Pakistan loses $7.6 billion or three per cent of its GDP each year due to malnutrition. To overcome the hazards of malnutrition, it is crucial that the right nutrients are identified and incorporated into the dietary supplements of children between the ages of six months to two years. These nutrients should be given in the required portions so that a proper foundation is laid in their lives in terms of a balanced diet.

This can be done by improving access to fortified foods containing essential nutrients, minerals, and vitamins. These are all vital for human growth, but are largely missing from children’s daily diet. We need to create public awareness about fortified foods and ensure their accessibility and availability at subsidised or reduced prices.

Reportedly, 27 developing countries are benefiting from programmes to fortify one or more foods, and unfortunately, Pakistan is not among them. There are numerous global initiatives and international organisations offering practical, financial and scientific assistance in implementing nutrition-specific policies and programmes to address the limitations in nutrition-related governance and to monitor progress towards their committed nutrition aims.

If we implement similar steps, we could go a long way towards tackling the plague of malnutrition. Our government needs to reach out to the private sector, UN agencies, NGOs and other stakeholders to first recognise the peril of malnourishment as a mainstream development issue, then work together to address it.