ATC tells FIA to inform the accuse­d of the initia­tion of the proces­s.
By Mudassir Raja
Published: May 31, 2011
Tweet Email 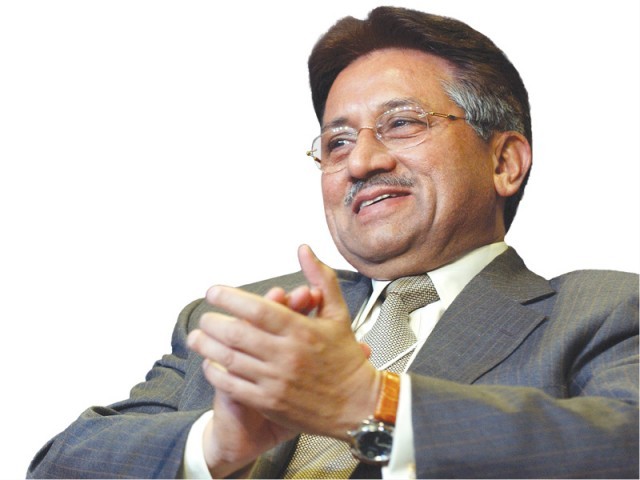 ATC tells FIA to inform the accused of the initiation of the process.

Former president Pervez Musharraf was declared a fugitive by an anti-terrorism court in Rawalpindi after investigators returned the court’s warrants undelivered.

Federal Investigation Agency (FIA) officials told the court that Musharraf lived in Britain and the UK authorities had not received the warrants, saying there was no extradition treaty between the two countries.

Special Judge ATC-III Rana Nisar Ahmed ordered the investigation agency to publish a poster in three leading national newspapers, informing the accused that the process of declaring him a ‘proclaimed offender’ was being initiated under Section 87 of the Criminal Procedure Code (CrPC).

The court will take up the case again on June 11.

FIA’s special public prosecutor Chaudhry Muhammad Azhar later told reporters outside the Adiala Jail that Musharraf knew about the criminal proceedings…against him, adding that he had submitted the recording of a recent television interview in which he said that he would face the case after he returned to Pakistan.

The warrants for arrest of former President were issued after FIA accused Musharraf of conspiring to kill the PPP chairperson after he deemed her a major threat and hindrance in extending his hegemonistic rule.

He said that if Musharraf did not appear before the court after the proclamation order, the court could move to seize his movable property in Pakistan.

The court is hearing the case against Musharraf and seven others, including former Rawalpindi city police officer Saud Aziz and former SP Khurram Shahzad.

The investigators have accused the former president of not providing proper security to Benazir Bhutto because “he wanted to get rid of Ms Bhutto”.

In support of their accusations, members of the joint investigation team had accused him of directing Brig (retd) Javaid Iqbal Cheema, the then spokesperson for the ministry of interior, to hold a press conference on December 28, 2007, within 24 hours of the tragic incident outside the Liaquat Bagh.

“The premature press conference was arranged to influence the investigations in the case as Punjab government set up investigation team on December 31, 2007, but Brig Cheema disclosed on December 28 that Taliban had killed Benazir and she died after hitting the hatch-lever of her bullet-proof [vehicle],” the JIT noted in its report.

In a bid to connect the former president with the conspiracy to eliminate Benazir Bhutto, the investigators said that Musharraf had been aware of the threat posed by Taliban to former prime minister, but deliberately provided inadequate security after her return to Pakistan.

“The actual attack was carried out by terrorists based in Waziristan whereas former president Musharraf and the two accused police officers have aided and abetted the terrorists through a series of criminal activities,” the FIA said in its report.