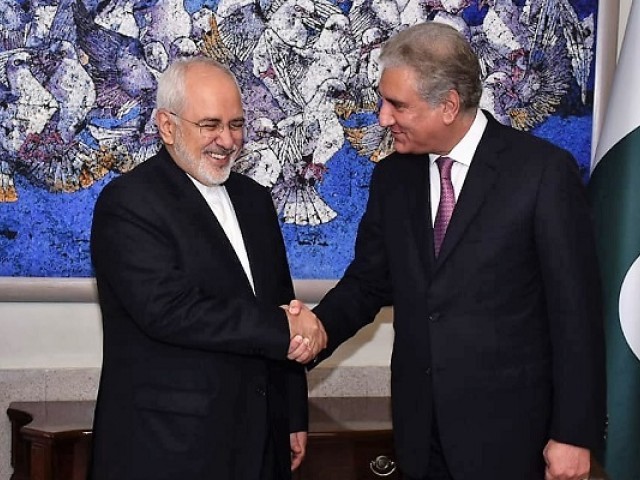 Qureshi during the meeting also expressed hope that the remaining parties in the agreement would uphold their commitment after the United States pulled out of the Joint Comprehensive Plan of Action (JCPOA) earlier in May and re-imposed sanctions on Iran. Despite the International Atomic Energy Agency’s (IAEA) repeated verifications the country was strictly adhering to the terms of agreement.

The JCPOA was signed in 2015 by six world powers: the US, UK, France, Germany, Russia, China and the European Union. Under the deal, Iran scaled back its uranium enrichment program and promised not to pursue nuclear weapons. In exchange, international sanctions on Iran were lifted, allowing the country to sell its oil and gas worldwide.

The FO statement further said the US decision to withdraw from the deal was also discussed and Qureshi informed Zarif that Pakistan stands with Iran in this hour of need.

According to the FO statement, it was agreed to host the next round of Bilateral Political Consultations and the Joint Economic Commission at earlier dates. The foreign ministers also exchanged views on strengthening cooperation in economic, trade and connectivity sectors and agreed to continue close consultations over issues related to Pakistan-Iran border.

Qureshi also stressed upon Pakistan’s appreciation for Ayatollah Khomeini’s unwavering support for the struggle of the people of Kashmir.

The Iranian foreign minister arrived in Islamabad on Thursday for a two-day visit and has also met Speaker National Assembly Asad Qaiser.