Includ­ing one with a larger displa­y than previo­us models with an edge-to-edge displa­y simila­r to the iPhone X
By Reuters
Published: August 31, 2018
Tweet Email 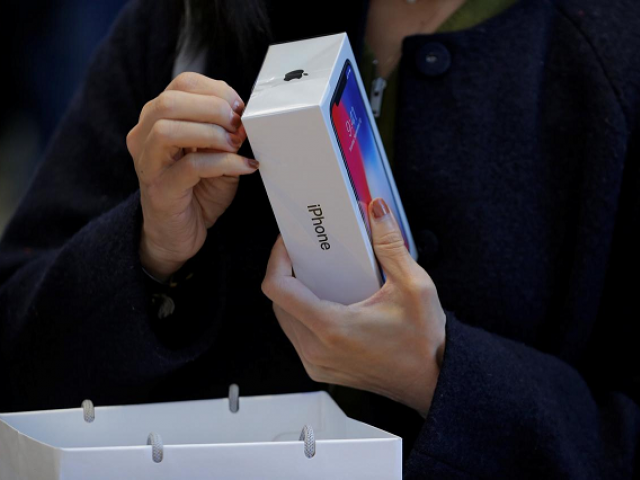 Apple said on Thursday it will host an event on September 12 at the Steve Jobs Theater in the company’s Cupertino, California, campus, where it is widely expected to unveil new iPhone models.

Analysts believe Apple plans to release three new smartphones this year, including one with a larger display than previous models. Analysts also expect Apple to release an iPhone with an edge-to-edge display similar to the iPhone X but using less-costly LCD screen technology.

Apple’s event invitation made heavy use of the color gold, fueling speculation on social media that the company plans to launch a gold-colored successor to the iPhone X, which was made available only in silver and gray last year.

Documents filed at the US Federal Communications Commission unsealed earlier this year showed Apple had sought approval for a gold version of its iPhone X, but it never released the color.

A few hours after Apple’s announcement, 9to5Mac, a technology news website, posted photographs of two gold iPhone models stacked on top of each other, with a larger-screened model on the bottom. Both models resemble the current iPhone X.

The site said the new flagship model will be called the iPhone XS and that Apple also plans to release a new version of the Apple Watch with a larger display by reducing the edges around it.

9to5Mac told Reuters the photographs were not mockups and represented Apple’s actual planned products but declined to say how it had obtained them. Apple did not respond to requests for comment about the authenticity of the photos.

Apple’s ride to $1 trillion: The magic number that gets it there

Apple has for years released its new phone models in the second week of September and often updates other product lines such as the Apple Watch at the event. The company has already given base-model iPads and some MacBook laptops an update this year.

Apple typically starts selling new iPhones a few weeks after launching them, in time for the holiday shopping season. The iPhone X, priced at $999 and up, has helped Apple beat Wall Street sales expectations.

Investor Warren Buffett, speaking on Thursday to CNBC, said the iPhone is “enormously underpriced” even when it costs $1,000, given how indispensable it has become for so many people.