This will be the first oil price revisi­on to be made by the new PTI govern­ment
By Zafar Bhutta
Published: August 31, 2018
Tweet Email 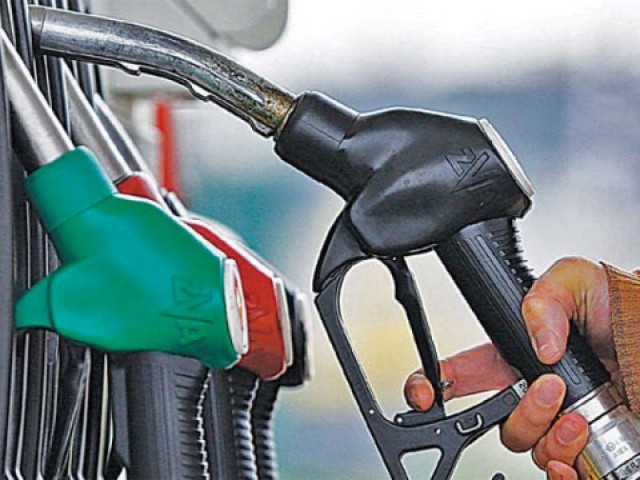 The Oil and Gas Regulatory Authority (Ogra) has recommended a reduction of Rs6 in the price of high-speed diesel to Rs106 per litre, Rs2 in the price of petrol to Rs93 per litre. PHOTO: FILE

ISLAMABAD: The Ministry of Energy (Petroleum Division) has proposed a significant reduction in prices of petrol and diesel next month in a bid to provide relief for the common man.

This will be the first oil price revision to be made by the new Pakistan Tehreek-e-Insaf (PTI) government.

Earlier, the petroleum minister had announced that the new government would rationalise petroleum product prices.

At the end of July, the caretaker government had decided to keep prices of petroleum products unchanged for August 2018.

Now, the Petroleum Division has suggested to the Finance Division and the prime minister to reduce the price of petrol by Rs3.24 from Rs95.24 to Rs92 per litre and high-speed diesel to Rs90 from Rs112.94 per litre, a hefty reduction of Rs22.94.

At present, the government is charging 22% in general sales tax on high-speed diesel and to cut the price it would have to make adjustment in the tax rate. However, the finance ministry is likely to oppose the price-cut proposal, fearing it will lose a significant amount in tax revenues.

High-speed diesel is widely used in agriculture and transport sectors and a reduction in its price will bring down inflation rate in the country.

On July 7, the federal government reduced prices of petroleum products by up to Rs6.37 per litre in order to provide relief for the general public.