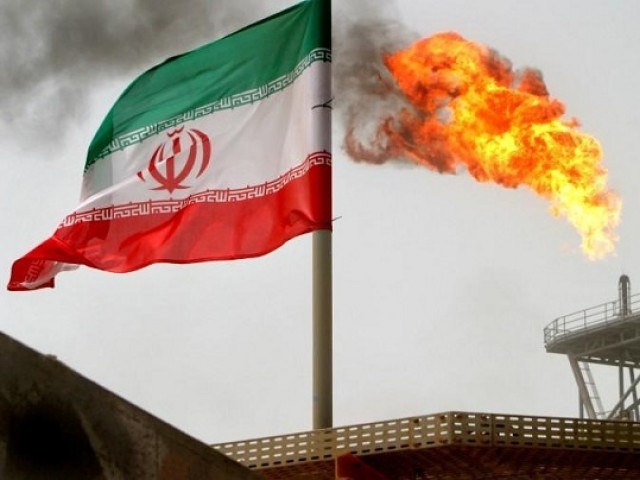 VIENNA: Iran “cannot avoid” talks on thorny disagreements with world powers, France’s foreign minister warned Thursday, as a report from the UN’s atomic watchdog confirmed Iran was abiding by the 2015 deal on its nuclear programme.

“Iran must respect the fundamentals of the JCPOA (nuclear deal) and I think that is the case,” Jean-Yves Le Drian said as he arrived for a meeting of EU foreign ministers in Vienna, adding that the accord was “essential for our security and essential for nuclear non-proliferation”.

“But Iran cannot avoid discussions, negotiations on three other major subjects that worry us the future of Iran’s nuclear commitments after 2025, the ballistic question and the fact there is a sort of ballistic proliferation on the part of Iran… and the role Iran plays to stabilise the whole region.

“We must talk about these three subjects, Iran must be aware of this and that’s the message I send to them from Vienna,” he said.

Le Drian’s latest comments echo some of the reasons given by US President Donald Trump for his dramatic withdrawal from the agreement in May and re-imposition of US sanctions.

Washington says it wants to bring Iran back to the negotiating table but Iranian leaders have expressly ruled out renegotiating the landmark Joint Comprehensive Plan of Action, agreed in 2015 by Iran and the US, China, Russia, Britain, France and Germany.

Since Trump’s move European countries have pledged to find ways to salvage the deal and to keep providing Iran with the economic benefits it received under the agreement.

However, many major companies have already pulled out of Iran for fear of US penalties.

The next phase of renewed US sanctions in November will hit the crucial oil sector.

Also on Thursday a report from the International Atomic Energy Agency showed that Iran was still complying with the key parameters of the JCPOA.

The latest report says the IAEA had had access “to all the sites and locations in Iran which it needed to visit”.

The agency repeated language in its previous report emphasising the importance of “timely and proactive cooperation in providing such access” on Iran’s part.

A senior diplomat with knowledge of the issue said that the language was a way “to send a message to Iran to prevent potential problems” rather than being caused by any particular behaviour on the part of the Iranians.

The report said Iran’s stockpiles of low-enriched uranium and heavy water had both slightly increased since the last report in May, but were still under the limits agreed in the deal.

Iran’s economy has been battered by the return of US sanctions following Trump’s decision, undermining support for the deal within Iran.

On Wednesday Iran’s supreme leader Ayatollah Ali Khamenei said Tehran should be ready to “set aside” the JCPOA if it is no longer in the country’s national interests.

Last week, the EU agreed an 18 million euro package of assistance to Iran “for projects in support of sustainable economic and social development” in the Islamic Republic, the first tranche of a wider package worth 50 million euros.

Le Drian said that along with Germany and Britain, France was actively exploring ways to put in place “financial mechanisms” to make sure Iran could continue taking part in international trade.

Also speaking on Thursday while attending meetings of EU foreign and defence ministers in Vienna, the EU’s foreign policy chief Federica Mogherini said that despite disagreements with Iran over other issues, “we believe that addressing regional disagreements with Iran can be done in a more effective manner if we maintain the nuclear deal in place”.

In June, in a bid to increase pressure on the Europeans, Iran announced a plan to increase its uranium enrichment capacity with new centrifuges in the event that the agreement collapses, while still denying any desire to build a nuclear weapon.

Under the 2015 agreement, Iran can only enrich uranium to 3.67 percent far below the roughly 90-percent level needed for nuclear weapons.