PTI MNA Amir Liaqua­t Hussai­n irked over not being invite­d to the meetin­g
By Our Correspondent
Published: August 29, 2018
Tweet Email 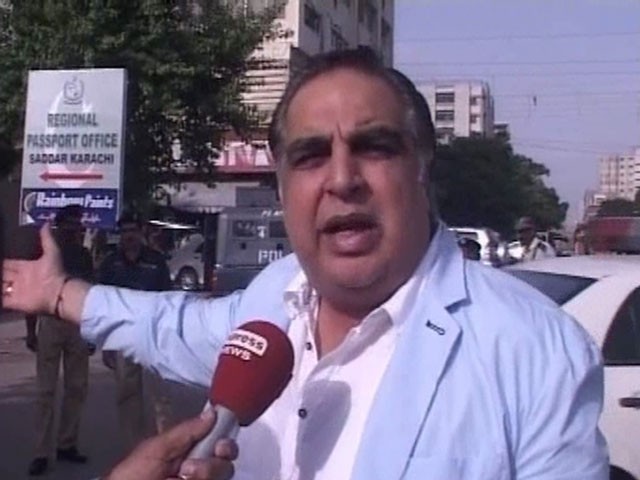 KARACHI: Sindh Governor Imran Ismail presided over a meeting at Governor House on Tuesday, in which he was briefed about the various development projects led by the federal government in the province.

Addressing the participants of the meeting, the governor said that projects under the Karachi Development Package would relieve the citizens of the many chronic issues being faced by them at the moment. “Projects aimed at welfare and well-being of the people must be completed on time,” said the governor. “The Greenline project is vital for the transport of the city. I will approach the provincial and federal governments to address the bottlenecks surrounding the project so that people may benefit from the modern transport facility.”

Officers of the Karachi Infrastructure and Development Company Limited gave a detailed briefing regarding the Greenline project and told the governor that the first phase of the dedicated bus corridor, stretching from Surajni to Gurumandar, had been completed while work on the corridor leading up to KMC Municipal Park was currently under way. Justifying the reason for the delays in the project, they said that legal constraints had been causing problems in erecting structures in front of Quaid’s mausoleum, but they would be resolved soon.

The officers also briefed the governor about projects initiated under the Karachi Development Package, including the construction of flyovers at KDA Chowrangi, Five Star Chowrangi and Sakhi Hasan Chowrangi, as well as construction of Mangohpir and Nishtar roads. The governor directed the officials to prepare a working paper detailing the progress and bottlenecks in the way of projects under the Karachi Development Package.

Independent observers were of the belief that the meeting was called by Governor Ismail to review the ongoing development projects and subsequently relay the information to the Pakistan Tehreek-e-Insaf-led federal government, which would then plan its strategy for the city’s future.

Meanwhile, at least one PTI member was unhappy on not receiving an invitation to the meeting. PTI MNA Amir Liaquat Hussain took to Twitter to express his displeasure with the party’s Karachi leadership, saying all MNAs and MPAs were invited to the meeting except him.

Talking to a private TV channel, he said that the Governor House was still functional and sessions were being held there. “Earlier it was said that sessions will not be held in Governor House,” he said, alluding to Governor Ismail’s earlier statements that he would not use the Governor House as his residence. Hussain added that despite inviting Prime Minister Imran Khan to Karachi several times, he had not made the trip.

Hussain was expected to address a press conference later in the night.

Following Hussain’s tirade, the party’s spokesperson Azhar Laghari said that Imran Khan would come to Karachi at an appropriate time. He added that the people of Karachi loved Imran Khan and that no PTI legislator could deny the fact that the masses had voted for Imran Khan and not for any other individual.