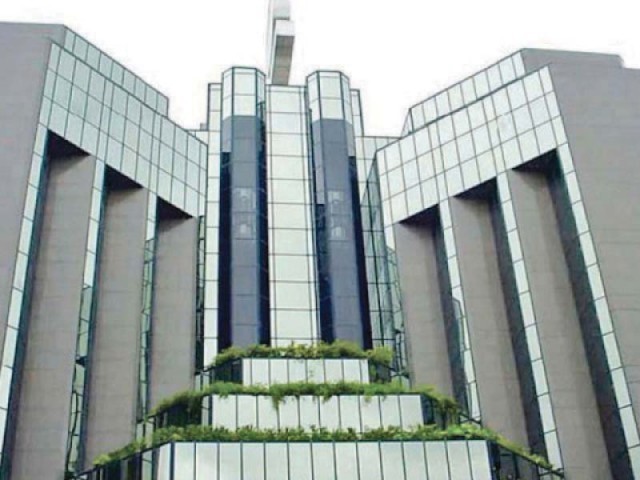 In the last two months of its five-year tenure which ended in May 2018, the PML-N government borrowed Rs180 billion from banks to bring down debt levels in the energy chain. PHOTO: FILE

ISLAMABAD: The Economic Coordination Committee (ECC) of the cabinet, which is meeting on Wednesday, is expected to approve a bailout of Rs60 billion for the state-run Pakistan State Oil (PSO).

The bailout may prove to be a lifeline in the short run as the oil marketing giant is facing financial trouble and is on the verge of default because of all-time high receivables from different enterprises, including the power sector. Officials told The Express Tribune that the Ministry of Energy (Petroleum Division) had sent a summary to the ECC for immediate release of funds to clear dues of international fuel suppliers.

The previous Pakistan Muslim League-Nawaz (PML-N) government had allowed PSO the import of furnace oil in summer season in order to meet growing demand of the power sector. It also approved commercial borrowing of Rs50 billion from banks, but the government’s tenure ended in May and afterwards banks refused to extend financing during the caretaker setup.

According to officials, PSO’s receivables have swelled to an all-time high of Rs325 billion, raising the spectre of default by the state-run company. In the summary, the Petroleum Division has told the ECC that out of the total requirement of Rs60 billion, PSO was to pay Rs35 billion to international furnace oil suppliers and Rs15 billion to domestic oil companies.

Officials pointed out that the government had two options – it could either release the bailout money from the power sector’s subsidy account or it could borrow from commercial banks. Total circular debt in the energy chain has reached Rs1.168 trillion, compounding the problems encountered by PSO.

In the last two months of its five-year tenure which ended in May 2018, the PML-N government borrowed Rs180 billion from banks to bring down debt levels in the energy chain and ensure a smooth electricity supply. Apart from this, it imposed surcharges on honest power consumers which were paying their bills regularly in order to pay for the cost of inefficiency and electricity theft borne by power distribution companies.

In an ECC meeting in May, the Ministry of Energy suggested Rs50 billion borrowing from commercial banks in a fresh financing facility to be arranged by Power Holding Private Limited (PHPL). The ECC endorsed the suggestion.

However, banks were unwilling to extend more financing to PHPL, which already had huge debts in its books. Officials revealed that the Ministry of Finance formed a consortium of banks for raising the proposed financing, but two banks pulled out later. They were of the view that the debt owed by PHPL had piled up to Rs550 billion and they could not provide more loans.

PHPL is a public-sector entity without assets and is responsible for arranging the required loan. The financing is utilised for clearing liabilities of distribution companies against the Central Power Purchasing Agency-Guarantee and other sector entities.

Power producers were not even paying for oil supply from PSO from their collection of electricity bills. They were major defaulters of the oil marketing company.

In a bid to boost recoveries, the PML-N government had burdened power consumers with surcharges of Rs2.3 per unit, which inflated their electricity bills. However, despite the surcharges, the circular debt still poses a threat to the new Pakistan Tehreek-e-Insaf (PTI) government.

In the ECC meeting held on May 24, PML-N economic managers also acknowledged that financial position of the power sector was at a critical level due to various reasons. These included less-than-satisfactory performance to meet regulatory benchmarks for curbing losses and improving recoveries, unavailability of subsidy and absence of a detailed tariff determination.