The crew has report­ed a fault in one of the Airbus A320’s engine­s
By Reuters
Published: August 28, 2018
Tweet Email 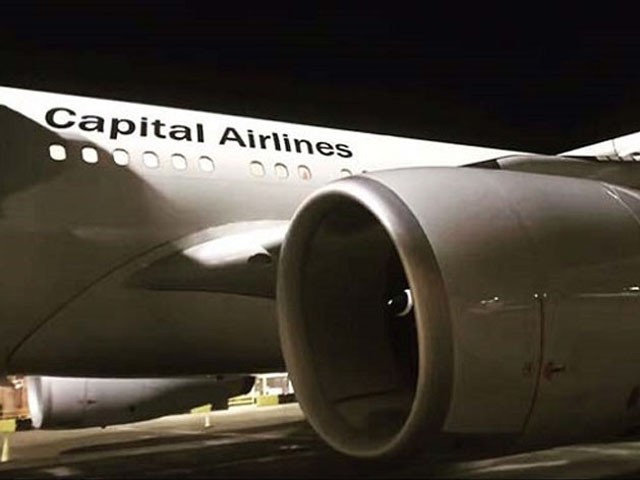 The crew has reported a fault in one of the Airbus A320’s engines. PHOTO: COURTESY: www.ndtv.com

SHANGHAI: A Chinese passenger plane with 166 people on board made an emergency landing with two wheels missing at Shenzhen airport on Tuesday, after the pilots aborted landing at nearby Macau and declared “Mayday”, aviation authorities said.

The flight, which had taken off from Beijing, was operated by Capital Airlines, the Civil Aviation Administration of China (CAAC) said in a statement on its website. Capital Airlines is a unit of Hainan Airlines.

The crew also reported a fault in one of the Airbus A320’s engines, according to CAAC.

Capital Airlines said in a post on Weibo, China’s equivalent of Twitter, that it suspected the flight encountered wind shear whilst attempting to land in Macau and the crew “concluded that landing gear may have been damaged.”

It said there were 157 passengers and nine crew on board.

The airport at Shenzhen, about 40 kilometres (25 miles) northeast of Macau, shut one of its runways for three hours to accommodate the emergency landing, the airport said on its official microblog Weibo.