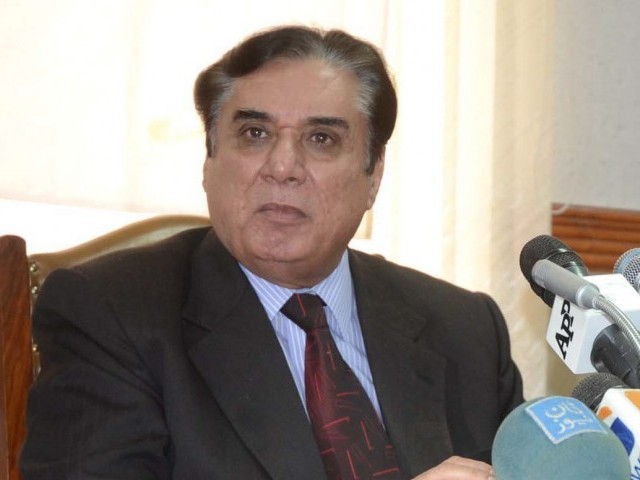 ISLAMABAD: The head of the missing persons commission and chairman of National Accountability Bureau (NAB), Justice (retd) Javed Iqbal on Tuesday regretted that whoever comes to power often forget the issue of enforced disappearances.

In his maiden address to the nation, Prime Minister Imran Khan spoke at length on issues ranging from introducing reforms in education and health sectors and from fighting corruption to restoring the dignity of the common man. However, Khan was criticised for overlooking the issue of missing persons.

The phenomena of enforced disappearances began after the 9/11 attacks in 2001 when Pakistan joined hands with the US-led collation to remove the Taliban regime in Afghanistan.

Iqbal said he served as district judge in Balochistan and hence knew every nook and corner of the province.

Rebutting the claims of some activists that thousands of people went missing from Balochistan, Iqbal insisted that many people were abducted on personal enmity but they laid the blame on security agencies.

A number of people also found asylum in foreign countries along with Hyrbyair Marri and Brahamdagh Bugti. But their names were also included in the missing persons’ list, he told the Senate panel.

Similarly, many people who went to Afghanistan along with Sufi Mohmmad, Mangal Bagh and Mullah Fazlullah were also reported as missing persons.

Alluding to the role of foreign hostile agencies, Justice (retd) Iqbal said external enemies would certainly exploit a country, which had internal weaknesses and always begging bowl in the hands.

“We even have been unable to get the information from our neighbours about the number of Pakistanis currently languishing in Nangarhar and Paktika jails,” he said, adding that even Afghan authorities did not have any control over those prisons.

In Sindh, as many as 1,357 cases of missing persons were reported during last seven years. However, according to the commission, only 183 people were missing at present.

Most of the missing persons belonged to the Muttahida Qaumi Movement (MQM), he said. Iqbal further said the Sindh government had not yet enacted any law with regards to the missing persons. “They did not do anything except wearing black arm bands,” he lamented.