The EU is a commun­ity of rules and it operat­es on the basis of rules, not threat­s
By AFP
Published: August 24, 2018
Tweet Email 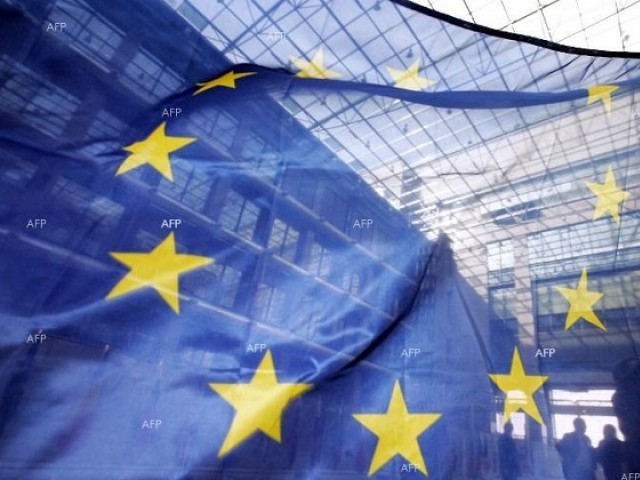 The EU is a community of rules and it operates on the basis of rules, not threats. PHOTO: AFP

BRUSSELS: The EU hit back on Friday at Italian “threats” after the deputy prime minister warned that Rome would pull funding for the bloc if Brussels fails to relocate migrants from a coast guard ship.

Luigi Di Maio said on Thursday that his government is prepared to drop its annual contribution to the EU if an emergency meeting of key states in Brussels does nothing for the migrants blocked aboard the Diciotti vessel at the Sicilian port of Catania.

“Unconstructive comments, let alone threats, are not helpful and they will not get us any closer to a solution,” European Commission spokesperson Alexander Winterstein told a briefing.

Winterstein said the European Commission urged “all the parties involved to work constructively together to find a swift solution for the persons on board in the spirit of good cooperation.”

The migrants have been blocked at Catania since Monday night as the Italian government refuses to allow them to disembark without commitments from the EU to take some of them in.

High-level officials from a dozen EU member states were meeting in Brussels on Friday to discuss what EU officials said was the broader issue of the disembarkation of migrants rescued at sea.

EU sources said they did not know whether the delegates would strike a deal on the Diciotti during their talks in Brussels.

Italy’s new populist government has taken a hard line on migration since coming to power, demanding the EU do more to share the responsibility of caring for migrants who land on its shores as one of the main entry points to Europe.

Di Maio said in an interview published on Facebook on Thursday evening that “if they decide nothing regarding the Diciotti and the redistribution of the migrants, I and the whole Five Star Movement will no longer be prepared to give 20 billion euros ($23.1 billion) to the European Union every year.”