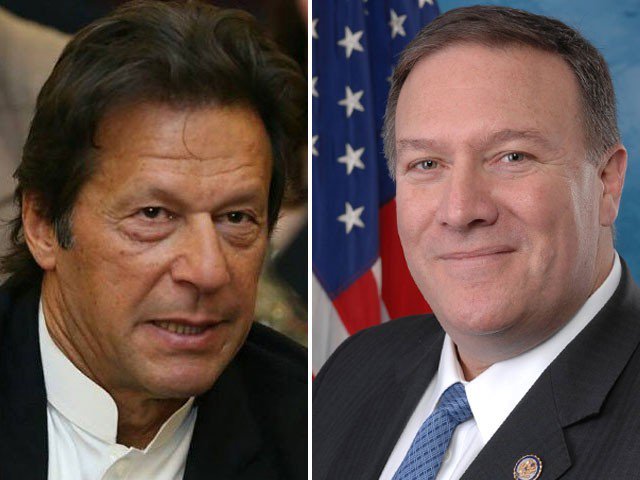 ISLAMABAD: Pakistan has taken strong exception to the “factually incorrect” statement the United States State Department issued on a telephone call between US Secretary of State Mike Pompeo and Prime Minister Imran Khan.

Pakistan takes exception to the factually incorrect statement issued by US State Dept on today’s phone call btwn PM Khan & Sec Pompeo. There was no mention at all in the conversation about terrorists operating in Pakistan. This shd be immediately corrected.

“There was no mention at all in the conversation about terrorists operating in Pakistan. This should be immediately corrected,” he further wrote on the microblogging site.

The tweet came immediately after State Department spokesperson Heather Nauert said in a statement: “Secretary Pompeo raised the importance of Pakistan taking decisive action against all terrorists operating in Pakistan and its vital role in promoting the Afghan peace process.”

According to her, the Trump administration’s top diplomat also expressed his willingness to work with the Imran-led government “towards a productive bilateral relationship”.

During the hotline contact, the secretary of state raised the importance of Pakistan’s vital role in promoting the Afghan peace process.

With reference to Afghanistan, both agreed that peace is a priority for their two countries.