'If I got impeac­hed, I think the market would crash'
By Reuters
Published: August 23, 2018
Tweet Email 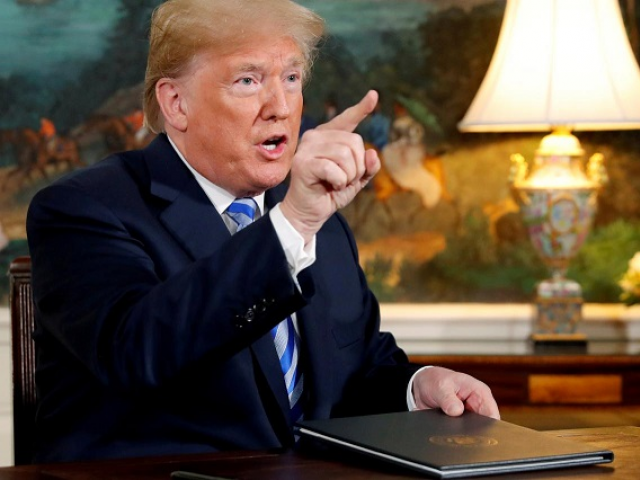 WASHINGTON: President Donald Trump expressed sympathy for his former campaign manager Paul Manafort and said he would remain “uninvolved” after he attacked Attorney General Jeff Sessions and the US Justice Department in an interview broadcast on Thursday.

Trump intensified his criticism of the Justice Department in a Fox News interview taped on Wednesday as the White House grappled to respond to the conviction of Manafort on multiple counts of fraud and the plea deal struck by Trump’s former personal lawyer Michael Cohen.

He reprised a litany of complaints about the department and FBI, attacking both without providing evidence they had treated him and his supporters unfairly.

Trump said he respected Manafort for work he had done for prominent Republican politicians, adding that “some of the charges they threw against him, every consultant, every lobbyist in Washington probably does.”

He blamed Sessions for what he called corruption in the top US law enforcement agency, saying, “I put in an attorney general who never took control of the Justice Department.”

However, Trump said he would not interfere in department matters.

“I will stay uninvolved and maybe that’s the best thing to do,” he said in the “Fox & Friends” interview.

Sessions, a longtime US senator and Trump supporter, drew Trump’s ire when recused himself in March 2017 from matters dealing with the 2016 presidential campaign.

That removed him from oversight of the federal special counsel’s probe of Russia’s role in the election and whether Trump’s campaign worked with Moscow to influence the vote.

“Jeff Sessions recused himself, which he shouldn’t have done,” Trump said. “He took the job and then he said ‘I’m going to recuse myself.’ I said, ‘What kind of a man is this?'”

US intelligence agencies have concluded that Russia hacked and leaked Democratic emails during the campaign as part of an effort to tilt the vote in Trump’s favor. The Kremlin has denied the allegations and Trump has denied any collusion.

Trump said Manafort and Cohen were charged with matters totally unrelated to his presidential campaign, even though Cohen told a federal court in New York that Trump had directed him to arrange payments before the 2016 election to silence two women who said they had had affairs with Trump.

Without offering any evidence, the Republican president said the campaign finance violations to which Cohen pleaded guilty were not a crime, even though prosecutors and Cohen agreed they were.

In the Fox News interview, Trump was asked whether he thought Democrats would move to impeach him if they won control of the House of Representatives in November congressional elections.

“I don’t know how you would impeach somebody who’s done a great job,” he said. “If I got impeached, I think the market would crash.”