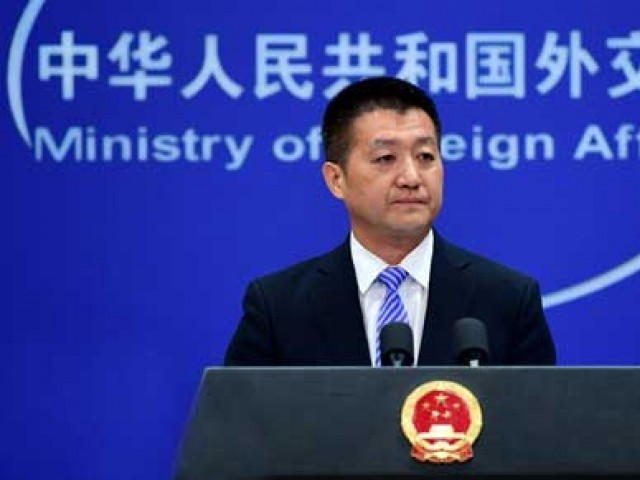 China stressed on improved bilateral relations between Pakistan and India to ensure peace and stability in the region, Radio Pakistan reported.

While addressing a briefing on Thursday in Beijing, Chinese Foreign Ministry Spokesperson Lu Kang said improvement in Indo-Pak relations was crucial for the region to prosper.

As a common neighbour of both the countries, China firmly supports Pakistan and India to strengthen dialogue process, enhance mutual trust and resolve differences, he said.

Answering a question pertaining to a letter penned by Indian Prime Minister Narendra Modi to Prime Minister Imran Khan, he said China welcomed the positive attitude displayed by leaders of both countries.

Kang added that China will continue to play a constructive role in improving ties between Pakistan and India.

In June, India had rejected a proposal by the Chinese Ambassador to New Delhi Lou Zhaohui for a trilateral summit involving Pakistan, India and China, reported Scroll.

“If Russia, China and Mongolia can have a trilateral summit, then why not India, China and Pakistan?” Lou had said at an event in New Delhi on Monday. “We cannot stand another Doklam incident. Let us make a joint effort to maintain peace along the border.”

The Ministry of External Affairs of the Hindu-majority country had said that the matters concerning the relationship of Islamabad and New Delhi ‘cannot’ involve any third party.