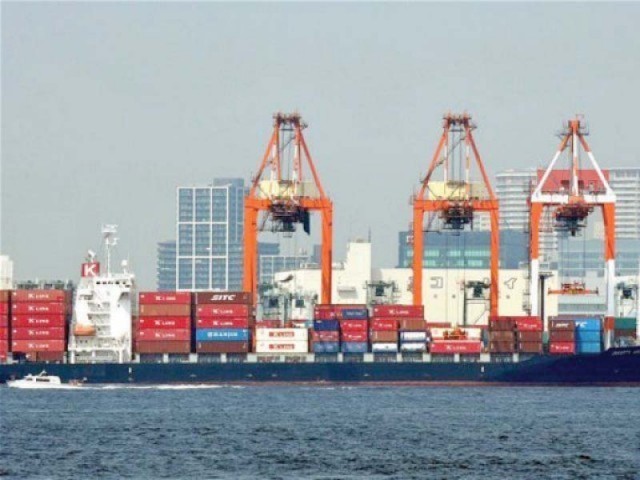 Anti-manufacturing and pro-import bias has made Pakistanis a nation of traders, happy to export jobs and import goods that can be made here, said the PBC chief. PHOTO: FILE

KARACHI: The Pakistan Business Council (PBC) has urged Finance Minister Asad Umar to unite the country behind a focused ‘Make in Pakistan’ drive in order to improve the economy.

The PBC, an advocacy group formed to improve the general business environment of the country, has sent a 20-point recommendation letter to the finance minister while also extending its support for the challenging task of reviving Pakistan’s deteriorating economy.

PBC CEO Ehsan Malik said advocating the ‘Make in Pakistan’ campaign would help create jobs, promote value-added exports, encourage import substitution and broaden the tax base. The PBC has also recommended the new government to use the limited window of positive sentiment and goodwill to implement fundamental reforms.

The PBC has also advised Umar to go for a well-structured programme of the International Monetary Fund (IMF) over short-term measures to tie over the crisis. Otherwise, it said, bring much-needed discipline and rigour to economic management.

“Concurrently strengthen governance, especially in the Ministry of Finance and the FBR (Federal Board of Revenue), to implement the reforms to revive industry to help break out of the recurrent cycles of crises. This is the 13th time in 28 years that we may have to resort to an externally dictated programme,” Malik wrote in his letter of recommendation.

According to the letter, PBC believes that there is a need to establish the envisaged Council of Business Leaders (CBL) to build consensus. The CBL should lead a comprehensive review of government polices to remove conflicts. It should align, in particular the trade, fiscal, energy and agriculture polices to promote domestic industry, remove the anti-manufacturing and pro-import bias.

“Anti-manufacturing and pro-import bias has made Pakistanis a nation of traders, happy to export jobs and import goods that can be made here,” Malik said.

The council has further asked the finance minister to ensure regionally competitive energy tariffs for the industry to generate both employment and exports. PBC has also asked for revision of existing power agreements, privatisation of distribution companies, addressing transmission and distribution losses, consider off-grid renewable solutions and indigenise fuel to reduce imports.

In order to encourage exports, the PBC has advised the government to zero-rate exports to avoid the need for refunds and also automate rebates. It also highlighted that there is a need to address technology and talent needs of the FBR in order to enable it to broaden the tax base. The PBC has also asked to unify the multiple federal, provincial and local taxes under one national tax authority.

Meanwhile, the PBC has pointed that there’s a need to renegotiate the Free Trade Agreement (FTA) with China. It added that the government should refrain from new agreements that undermine the local industry.

“(The government should) focus FDI to export-generating industries, technology-oriented sectors and those for which the Pakistan’s private sector lacks capital and risk appetite, such as infrastructure and oil and gas exploration. Tailor concessions (should also be given) to promote joint ventures and public listing,” the PBC recommended.

The PBC advised to address the distortion created by incentivising growth of sugarcane and wheat at the expense of cotton, which is required by the textile industry, and oil-seeds, deficiency of which forces the country to import $2 billion of vegetable oils annually.

It also asked the government to accelerate the digitisation of Pakistan, especially of the government processes, to enhance ease of doing business and also make broadband more affordable by reducing the burden of taxes.

The council has also asked the government to take state-owned enterprises out of the control of line ministries, professionalise their boards and managements, restructure and then privatise those that don’t make strategic sense to retain.

The PBC has also urged the Pakistan government to make costs, benefits and financial flows associated with the CPEC fully transparent and ensure that concessions in SEZs do not undermine the existing industry.

Pakistan’s energy-related imports increase 34% to $1.27b