Teaser of Jami Mahmood's 'Jugnu' is intriguing to say the least

Teaser of Jami Mahmood's 'Jugnu' is intriguing to say the least

We are in absolu­te awe of the minute-and-a-half long clip
By Entertainment Desk
Published: August 21, 2018
Tweet Email 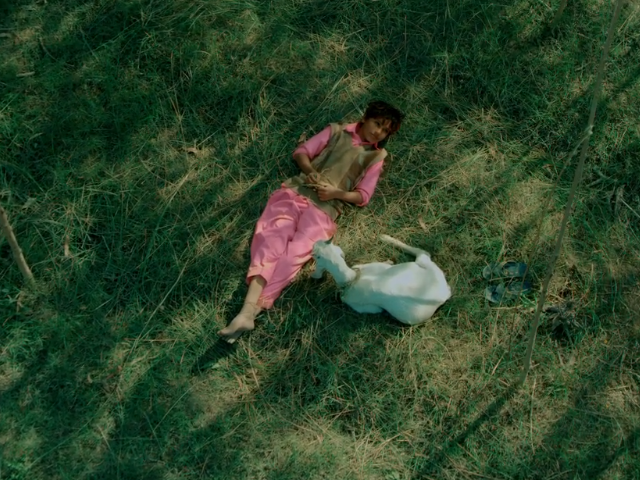 “I want to become the desi Scorsese, not the desi Karan Johar,” Jami Mahmood once told The Express Tribune. Turns out, his latest production just might be the living, breathing proof of that.

The Moor director’s latest venture Jugnu, directed by Ali Abbas Naqvi, is intriguing to say the least. The team just dropped a minute-and-a-half long teaser and left us in absolute awe.

While the clip doesn’t give much away, Jugnu seems to be revolve around the story of a young boy named Bhura and his love for goats. But that’s not it. Billed as ‘a fascinating tale of love, loss and selflessness’, the film also showcases the life of a couple and Bhura’s strained relationship with his mother.

“Choosing the right subject for your film and connecting with the masses can prompt a big change, or at least bring hope to countries like Pakistan,” Jami said earlier.

So will his latest project spark debates? We’ll have to wait and watch.

Jugnu has been penned down by Naqvi and Areeb Ali while the story is Jami’s. The soothing music has been composed by The Sketches and complements the visuals beautifully.

Encouraging young people to write more, Jami said, “Read and write! Write hundreds of bad scripts to learn the art of story-telling. Once the film is penned down on paper, a major part is done; rolling a camera is not a big deal. We need good writers in the industry. They are the main pillars.”

Besides Moor and 021, the film-maker has to his credit a number of artistic music videos and creative television ads. Downward Dog, Hasht Roch, Supari No 1 are some of his upcoming projects.