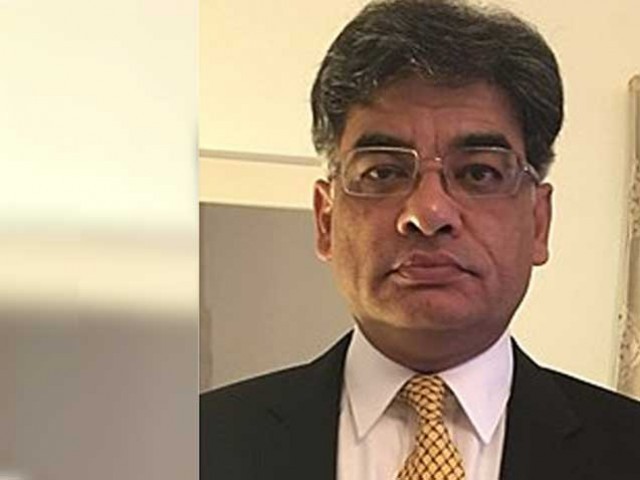 The confusion is still persisting regarding the appointment of the Attorney General for Pakistan, which is a key post for every government.

Two senior Pakistan Tehreek-e-Insaf (PTI) leaders while talking to The Express Tribune have claimed that Khalid Javed Khan will continue as the AGP, therefore, notification regarding the appointment of Anwar Mansoor Khan had been halted, Saturday evening.

On the other hand, it is learnt that Javed excused himself from working as AGP but he is yet to send his resignation to the government. Likewise, the newly elected government did not issue any notification regarding the appointment of Anwar Mansoor Khan as new AGP.

However, an interesting situation developed on Monday in the bench of the Chief Justice of Pakistan Mian Saqib Nisar at the Supreme Court Lahore Registry, where Anwar Mansoor Khan present during the hearing of a case about fees of medical colleges was referred to by the CJP as Attorney General and asked to assist in resolving the issues.

The senior lawyers are expressing concern in prevailing situation and urging the PTI-led government that they should make a simple announcement saying either that Khalid Javed Khan is continuing or Anwar Mansoor Khan has been appointed as new AGP.  They say that prevailing confusion is not good for newly elected government.

On August 9, Javed met newly-elected Prime Minister Imran Khan for the first time at Bani Gala, where he was asked to continue working as the AGP. Javed agreed to continue working as the AGP with new government during the meeting. However, one section within PTI was very much active in replacing him with another Karachi-based lawyer Anwar Mansoor Khan, who was at the same position (AGP) during the PPP government led by Yousuf Raza Gilani, sources told The Express Tribune.

It is also learnt that the same group — which is mostly dominant in the PTI Karachi chapter — was able to convince Imran to appoint Mansoor as the new AGP.

However, another section within PTI strongly opposed replacing the AGP, saying Javed has a good reputation in both the bench and the bar; therefore, his replacement would be unwise till retirement of incumbent CJP.

Acting on the recommendation of latter group, PM Imran halted the notification regarding the appointment of Mansoor. It is also learnt that PTI senior member Hamid Khan, who was side-lined by the party when the Panamagate hearing commenced, has been active to adjust his lawyers’ group members on key posts. Both Dr Farogh Nasim and Anwar Mansoor Khan are active members of Hamid Khan’s lawyers group, which is known as Professional Group. Nasim was elected as the Pakistan Bar Council vice chairman by the same group two years ago.

On the other hand, Asma Group members like Ahsan Bhoon and others, who gave a tough time to the PML-N in the recent past and supported PTI’s stance, are showing reservations over the appointments of opponent group lawyers on key posts.

However, there is no doubt that Nasim is a very professional lawyer and his induction as the law minister would help bring judicial reforms in the country.

He on Monday got briefing over the litigation pending against Pakistan at international forums. Likewise, he also banned foreign trips of law ministry officials. Nasim also asked to review the performance of law officers in the country.