PML-N, once bitten, twice shy, to not rely on PPP’s support

PML-N, once bitten, twice shy, to not rely on PPP’s support 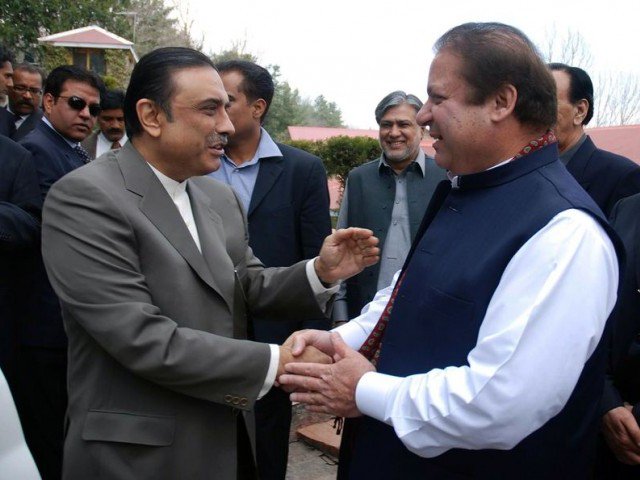 LAHORE: Many Pakistan Muslim League-Nawaz (PML-N) leaders have ruled out the chances of any reconciliation with the Pakistan Peoples Party (PPP) for the upcoming presidential election where reportedly the latter has decided to pitch Aitzaz Ahsan against the Pakistan Tehreek-e-Insaf (PTI) Arif Alvi for the office of president.

Senator Mushahidullah Khan in fact went on to suggest the PPP to openly join hands with the PTI rather that fooling the PML-N and the people of Pakistan.

“Will the PPP leaders sit with a person whom they refused to vote in the National Assembly during the election to leader of the house?” he asked.

He said clearly the PPP favored the PTI by not voting for the PML-N in the National Assembly and the Punjab Assembly despite pledging support for it in the all parties conference.

The former environment minister said, “The PPP may have compromises to make but not the PMLN,” adding, “Our leader has already been in jail with his daughter and son-in-law.”

“The only reason is apparently to ensure a division in the opposition to let the PTI gets its candidate through,” he added.

Khan said, “This gimmicky my yield some ulterior advantage but the PML-N has nothing to lose in this regard.”

He said the PML-N delegation was even denied a meeting by PPP Co-chair Asif Ali Zardari and added now they wanted to meet PML-N President Shehbaz Sharif to take its support.

The former minister said they were democratic people and would not deny the PPP delegation the chance to meet with their leadership, adding; however, “but the PPP should not get its hopes high”.

Former federal minister Malik Pervaiz said, “It is not a matter of ego for the PML-N. It is more about principles,” adding after what the PPP did with the PML-N in the National Assembly and later in the Punjab Assembly, those were the natural consequences.

He said after tasting PPP’s mis-commitments, it would be a tough call to make for the PML-N to experiment with another alliance. “If the PPP is serious in seeking the PML-N’s support, it should have consulted the option in an APC rather than making a solo decision.”

He said the PML-N would definitely keep the PPP’s track record in view before making any such decision.

Other leaders on the condition of anonymity told The Express Tribune that the PPP was trying to ridicule the PML-N by trying to reconcile with it.

They said the final decision; however, rests with Shehbaz Sharif.