Gifts and sweets were presen­ted to Afghan securi­ty offici­als depute­d at the Torkha­m border
By Our Correspondent
Published: August 19, 2018
Tweet Email 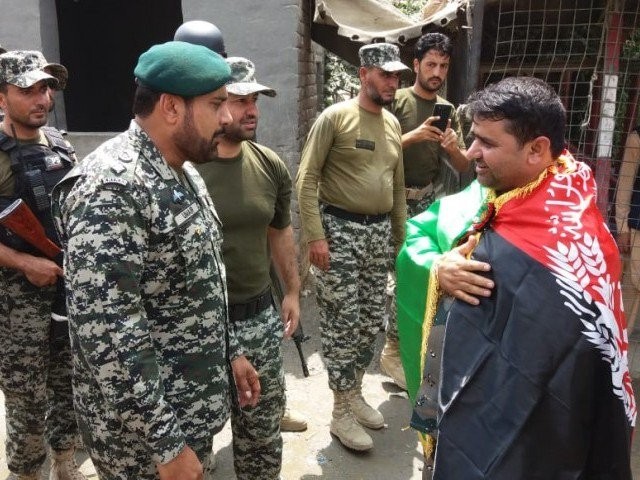 Pakistan on Sunday welcomed the Afghan government’s declaration of a ceasefire during Eidul Azha, hoping the truce would be extended beyond religious festivities.

“Pakistan fully supports all such efforts that contribute towards achieving durable stability and lasting peace in Afghanistan. The people of Afghanistan deserve it. Coinciding with Independence Day of Afghanistan, the announcement has an even greater significance,” said an official handout issued by the Foreign Office.

It added Pakistan considers Eidul Azha as an appropriate occasion for all parties to make a commitment towards ceasefire along the lines of a much-appreciated ceasefire in Afghanistan during Eidul Fitr.

“We also call upon all parties … to implement ceasefire in hostilities – preferably for a more extended period of time. This would allow the people of Afghanistan to celebrate the great Abrahamic tradition in comfort and peace, during this holy month of Zil Hajj.”

“Such steps we expect will create an environment of enduring peace and stability,” the statement further read.

This was the first major foreign policy statement since Imran Khan became the country’s prime minister. It indicates that the new government would stick to the existing policy on Afghanistan.

Pakistan also backed the historic ceasefire during Eidul Fitr during which the Taliban were pictured with citizens and Afghan soliders while sharing Eid greetings. The rare scenes renewed hope of an elusive peace deal.

However, the Taliban resumed attacks later, although some of their representatives held talks with US diplomats in Doha.