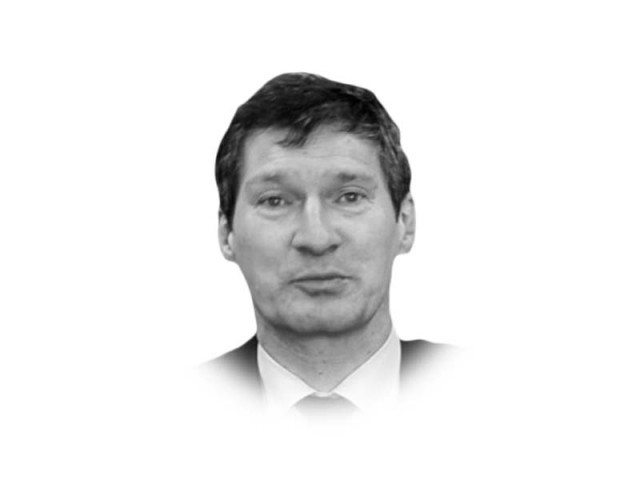 The writer is the UN Resident and Humanitarian Coordinator in Pakistan. He tweets @NeilBuhne

The World Humanitarian Day was first marked on 19th August 2003, following the worst-ever attack on the United Nations Headquarters that explosively unfolded in Baghdad, killing 22, including Sergio de Mello, the UN High Commissioner for Human Rights and the leader of the UN Mission in Iraq. Their murder highlighted the still growing risks that humanitarian workers face. The World Humanitarian Day is about the present, where tens of millions of people remain in need of aid and assistance, and where long-established rules governing the way people affected by disaster and conflicts are increasingly disrespected. It is about the future — where the combination of accelerating climate change, and continuing tensions in many regions, mean more people are likely to need humanitarian assistance. This assistance must increasingly be locally based, but when international support is needed it must be provided quickly, building on the existing local support.

Internationally, Pakistan has been portrayed as a victim of disasters. This is not surprising given the effects on millions of people of the 2005 earthquake, the 2010 and 2011 floods, and the displacement of millions from fighting in Swat and in as the former Fata. But Pakistan has been a leader in responding to these, with lessons learned, and lessons still being learned, benefiting people around the world. The “cluster” system of humanitarian response, which remains the template for humanitarian assistance from Syria to South Sudan, was developed and first applied successfully to Pakistan after the 2005 earthquake.

Today in the districts of K-P that made up Fata, Pakistan is pioneering ‘New Ways of Working’ between the Humanitarian and Development Communities “to ensure people who have returned have a greater chance of building communities with opportunities for a peaceful, prosperous future for their children”. Individual Pakistanis have been, and continue to be, exemplars of humanity, whether Abdul Sattar Edhi, who cared for the needs of the orphaned, widowed, sick, and abandoned, or Asma Jahangir, who helped give voice to the rights of the most vulnerable in our society.

Likewise, tens of thousands of Pakistanis respond whenever disaster strikes, justifying the title of one of the most philanthropic and charitable nations. According to the Stanford Social Innovation Review, Pakistan contributes more than one per cent of its GDP to charity. This value pushes it into the ranks of far wealthier countries like the United Kingdom (1.3 per cent of GDP in charity) and Canada (1.2 per cent of GDP).

For nearly 40 years, an example of Pakistan’s strong humanitarian commitment has been the hosting of the largest protracted refugee population in the world. The commitment to adopt a National Refugee Law by the government offers hope of better outcomes for Afghan refugees, as does the documentation of unregistered Afghans nationals in Pakistan.

From my work, I have seen the deep human cost of disasters — whether naturally induced or made by humans. In the great African famine of 1985, I served in Sudan and saw how substantial and well-intentioned international assistance saved millions of lives, but also laid some of the ground for the tensions in Darfur that later flared in conflict. In Sri Lanka, I saw how humanitarian assistance could not protect hundreds of thousands caught in a brutal conflict but could save lives and contribute to returns earlier than most had predicted.

In Pakistan, I have had the privilege of seeing the gradual transformation in the former Fata, because of government, civil society and UN-supported humanitarian programmes implemented in the region. By December 2017, roughly 97 per cent of the 5.1 million people affected by security operations have returned. The challenge now is to meet continuing needs and by listening to people, provide the services and jobs they need to stay and build a better future for their children. We as a team are trying to help Pakistan meet that challenge through a rights-based, multi-pronged approach focusing on the most urgent needs of the local population. Some of our most critical work involves the rehabilitation of basic social infrastructure, including schools, drinking water schemes, irrigation canals, access roads, and markets.

The programmes are being funded by international donors and implemented with the help of the provincial and federal governments in the aided countries. Working closely with governmental structures, local and national NGOs, and the private sector, I have witnessed the impact of these initiatives on the ground. It is encouraging, but the region has been underprivileged for so long there is a continuing need for comprehensive support. This includes creating jobs, rebuilding the economy, dramatically improving health, education, water and sanitation services, and reinventing government services, community capabilities. We have the advantage of new opportunities provided by the integration of Fata into Khyber-Pakhtunkhwa, and by the increased allocations for these districts over the coming years. It will be vital that the Sustainable Development Goals principle of “leaving no one behind” is applied, drawing strength from the ideals of equity and social justice to ensure the benefits of development are within the reach of the poorest, most disadvantaged segments of the population.

While myself and colleagues have been fortunate to be regular travellers or workers in these areas, for the range of needs to be met in these critical next years it will be important for there to be a growing space for humanitarian and development actors, including civil society organisations and NGOs.

Therefore, on the World Humanitarian Day, please remember that humanitarian assistance has helped save countless of lives in the past, it is saving lives today. It must be implemented in new ways here and in the rest of the world to meet continuing and future needs. Pakistan has been and continues to be a leader in doing this.