Trump’s politi­cs remind­s of the policy of isolat­ionism that the US has espous­ed from time to time
By Raosen Taj Raisani
Published: August 19, 2018
Tweet Email 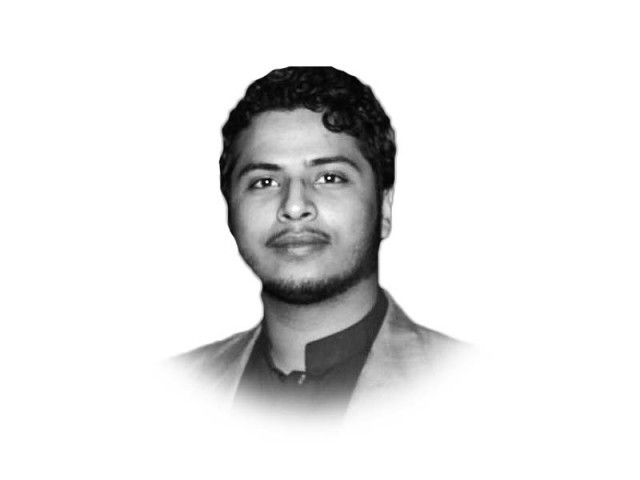 The global order based on the hegemony of US interests is in peril. Trump’s politics reminds of the policy of isolationism that the US has espoused from time to time. The gradual hard line that the US is taking regarding not only its nominal allies but also the old time friends is a cause of a shift in regional politics. Turkey is being sidelined, the aid to Pakistan has been reduced and the two-state plan is de facto scrapped. These effects coupled with the tariffs levied on China, Turkey and the EU have also been a cause for concern for economists worldwide. It looks like the US wants to reduce its overwhelming influence in world politics by changing the existing nature of its partnerships, allies and enemies.

The US has opted out of NAFTA, changing the relationship with its North American partners. It has imposed tariffs on the EU, precipitating bitterness in their relations. The summit in June saw Trump echoing the notorious American mantra for Pakistan to ‘do more’ against his Nato allies. He even threatened to pull out of the “obsolete” agreement. Also, there is no clear new policy for the exiting members of EU. His antics in the UK tested the diplomatic patience of the English severely. Amidst all this upheaval of traditional diplomatic traditions, his talks with Putin were encouraging. He even proclaimed of ending up building an “extraordinary relationship” with each other. This looks to be a paradigm shift for the US foreign policy, but it can cause huge changes in the regional affairs in the Middle East and Asia.

The apparent withdrawal of the US from global politics can provide Russia with a bid for ascendancy in international order. The Turkish policy on the issue of Syria has remained closely tied with Russians. Iran is also part of this un-worded alliance to retain Bashar al-Assad in Syria. The scrapping of the nuclear deal with Iran and impending sanctions may change the nature of the economy of the region. This along with the crippling of Turkish lira and the subsequent US tariffs may also align Turkish interests with Russian goals. Pakistan has relied on China as its primary global partner since the announcement of CPEC. If there arises the need to change its military needs, Russia remains a viable option.

China is between a challenging place. It has enormous economic potential and it has tried to develop this politically. But the economic-political model may come short in the time to come. There has always existed some tension between the relations of China and the US, but the recent tariff war is a direct attempt to undermine the growing economy of China. If there emerges a serious challenge in the economic sphere, Chinese political capital may reduce significantly. This will also affect its flagship Belt and Road Initiative project and its beneficiaries.

The closeness of the US with Russia and disavowal of China present an interesting opportunity to Pakistan. It is already the beneficiary of Chinese investment and has a cordial relationship with the Chinese government. If in this Russian-Trump détente, Pakistan manages to align its strategic relationship with Russia and brings China and Russia closer too, the outcome will be momentous. This new definition will be a powerful Asian collaboration that can form a new global order. The strategic stability that this configuration will provide may reduce the Indian threat and provide viable options for inherent South Asian issues like Kashmir and Afghanistan. New avenues for forward-thinking in foreign policy may provide Pakistan with an opportunity to build new relationships and change the dynamics of existing relationships in order to successfully alter the changing global system for its benefit. The time for change is now.