PML-N not likely to protest after polls for Punjab CM

PML-N not likely to protest after polls for Punjab CM 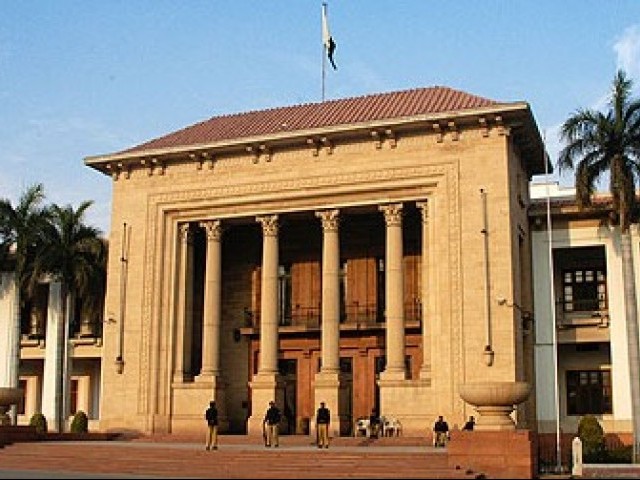 LAHORE: During the election for Punjab chief minister, the Pakistan Muslim League-Nawaz (PML-N) may not resort to a protest like the one it registered in the National Assembly after Friday election of Pakistan Tehreek-e-Insaf (PTI) chief Imran Khan as  prime minister, sources told The Express Tribune.

Sources said many leaders in the party are not in favour of a protest which gave the Pakistan Peoples Party (PPP) Chairman Bilwal Bhutto Zardari an opportunity to take a shot both at the leader of the house and leader of the opposition.

They said senior leaders want the elections and the speeches to go smoothly. Any protest during speech of the leader of the house will be responded by a nastier protest by the PTI MPAs during Hamza Shehbaz’s speech as an opposition leader. They said that the final decision in this regard would be taken during a parliamentary meeting on Saturday (today).

The PTI chief Imran Khan has decided to nominate a new entrant in the party, Muhammad Usman Ahmad Khan Buzdar, for the position of Punjab chief minister. However, the PML-N is said to continue with its earlier choice of Hamza Shehbaz despite knowing his odds of winning.

“Come what may, the PML-N will proceed with its choice for the CM slot. Hamza may not win but that will not deter the party from pitching its Punjab leader,” said MPA Ghazali Saleem Butt.

He said losing these elections would make Hamza even a bigger leader in the party. “Hamza will be the opposition leader, even if party loses the CM elections. Other parliamentarians have also confirmed Hamza’s nomination for the slot.”

The PML-N is not in a position to win in Punjab. According to the Punjab Assembly official website, PML-N has a total of 159 MPAs in the house whereas the PTI has 175 members.

Dark horse gallops ahead of favorites

The PML-N could give tough fight to the PTI if it had forged an alliance with the PPP. However the alliance fell through at very nascent stages. Just on Friday, the PML-N was ditched by the PPP after being assured of complete support in election for the leader of the house in National Assembly.

The PTI also has the support of the PML-Q which has a total strength of 10 seats and this brings the party to comfortable position.  The PTI has already supported the PML-Q’s candidate Chaudary Perveiz Elahi in Thursday’s polls for the slot of speaker.