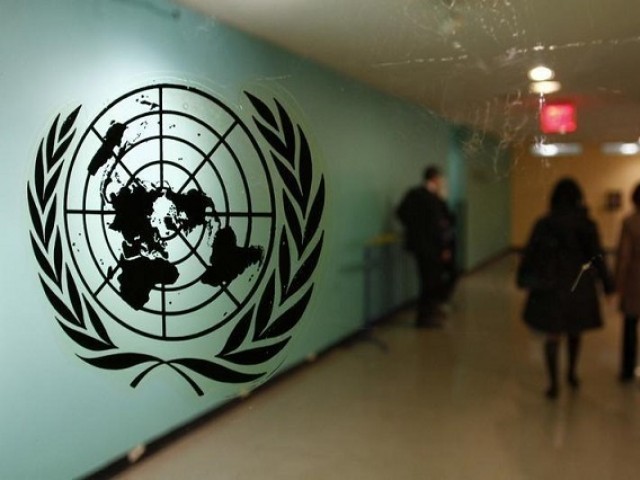 UNITED NATIONS: A United Nations report has praised Pakistan’s “extensive” counterterrorist operations, saying they have led to a reduction in the number of terrorists and terrorist training facilities, and in the quantity of locally available explosive material in the formerly Federally Administered Tribal Areas (Fata), according to a UN report released on Monday.

The 22nd report of the Analytical Support and Sanctions Monitoring Team, which was submitted to the UN Security Council Al Qaeda Sanctions Committee, also said some of the terrorists were displaced across the border into Afghanistan.

It said Al Qaeda, which still maintains a presence in South Asia, is closely allied with the Taliban. It adapts to the local environment and trying to embed itself into local struggles and communities.

“According to one member state, although IS (Da’ish) poses an immediate threat, Al Qaeda is the ‘intellectually stronger group’ and remains a longer-term threat. Some members of the Al-Qaeda core, including Aiman al-Zawahiri and Hamza bin Laden, are reported to be in the Afghanistan-Pakistan border areas,” the report said.

Other members of the Al Qaeda core may leave for more secure areas, it said.

The report said that between 20,000 and 30,000 Islamic State fighters remain in Iraq and Syria and among these there is still a significant component of the many thousands of active foreign terrorist fighters.

One Member State reports that some recent plots detected and prevented in Europe had originated from IS in Afghanistan.

In addition to establishing a presence across Afghanistan, ISIL also attempts to have an impact on other countries in the region. Al Qaeda in the Indian Subcontinent (AQIS), the terror group’s newest affiliate, is “ideologically inclined” to carry out attacks inside India but its capability is believed to be low and is relatively isolated owing to increased security measures in the region, the report said, adding that according to Member States, the strength of AQIS in Afghanistan is estimated at several hundred people, located in Laghman, Paktika, Kandahar, Ghazni and Zabul provinces.

The report said that AQIS is “relatively isolated owing to increased security measures within the wider region, but the group continues to seek security gaps for opportunistic attacks”.

The report added that in Afghanistan, IS persistently tried to expand its presence, despite pressure from the Afghan National Defence and Security Forces, the US-led international coalition and the Taliban.

ISIL currently has its main presence in the eastern provinces of Kunar, Nangarhar and Nuristan, and is also active in Jowzjan, Faryab, Sari Pul and Badakhshan provinces in the north.

The group has the intention to expand into Ghazni, Kunduz, Laghman, Logar and Uruzgan provinces.

In Kabul, Herat and Jalalabad, IS already has sleeper cells and has committed disruptive, high-profile attacks, including against both government and Taliban targets during the Eidul Fitr ceasefire, it added.

The report noted that that ISIL has between 3,500 and 4,000 members in Afghanistan, including between 600 and 1,000 in northern Afghanistan (with both numbers on the increase).

It is led by Abu Sayed Bajauri who is not listed and the majority of its members and leaders were formerly members of the outlawed Tehreek-e Taliban Pakistan and it may represent an emerging threat to Central Asian States.