Severa­l office­s of senior church figure­s are being raided as police search for eviden­ce of sexual abuse by clergy­
By Reuters
Published: August 15, 2018
Tweet Email 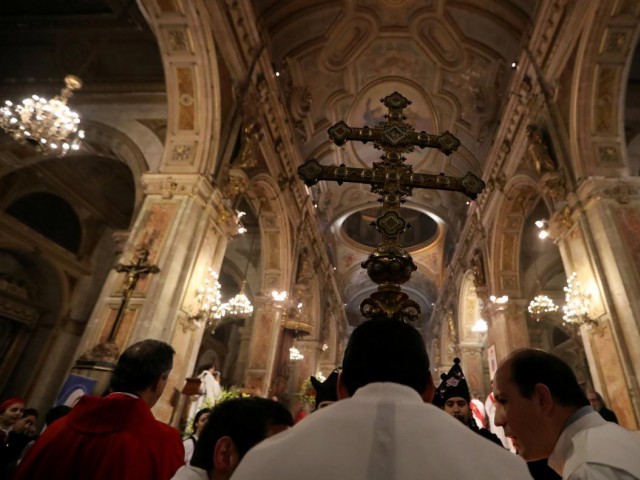 SANTIAGO: The Chilean government asked the Vatican on Tuesday for documents related to sex abuse accusations against clergy in Chile, as local prosecutors raided another office of the Roman Catholic Church in Santiago.

Chilean prosecutors said in a statement that the Chilean foreign ministry, through its embassy in Italy, had requested from the Vatican information related to nine clergy members accused of abuse.

Prosecutors said in a statement that police had searched the offices of the Episcopal Conference, the Church leadership in Chile, looking for evidence of accusations made about members of the Marist Brothers religious community. Prosecutor Raul Guzman told reporters on Tuesday that police had collected documents and computers from the Episcopal Conference and had begun to process the information.

“This is a particular case which has to do with an ongoing investigation. The prosecutor wanted to complement the background that he already received by researching new information today,” Jaime Coiro, a spokesperson for the Episcopal Conference, told reporters after the raid.

Several offices of senior church figures have been raided as prosecutors search for evidence of accusations of sexual abuse by clergy not reported to the civilian police, and evidence of cover-ups.

Earlier in August, the Episcopal Conference said it was committed to collaborating with civil authorities on accusations of abuse.

The scandal has rocked the Church in Chile. In June, the country’s 34 bishops were summoned to Rome by the pope after Vatican investigators produced a 2,300-page report alleging that senior Church officials in Chile had failed to act on abuse claims and in some cases hid them.

Pope Francis has accepted resignations by five of those bishops.

Chilean prosecutors have said they are investigating 38 cases of sex crimes committed by clergy and lay people against minors and adults. There are 73 people under investigation and 104 victims, most of whom were minors at the time of the abuse.