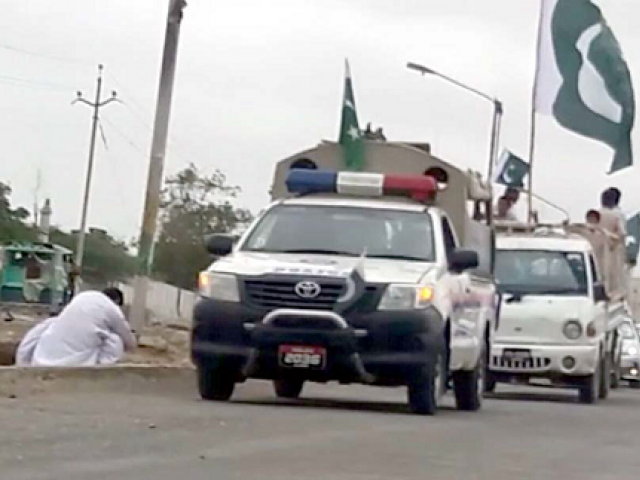 The provincial government, the armed forces and the people of the province are all set to mark the auspicious occasion with full national zeal and fervour.

All government buildings, bazaars, markets and streets have been garnished with national flags and lights.

Quetta’s Meezan Chowk and Moti Ram Road are filled with public buying badges and other Independence Day decoration items for their children.

The provincial government’s flag-hoisting ceremony will be held at the Balochistan Assembly, while Balochistan High Court (BHC) Chief Justice Muhammad Noor Meskanzai would hoist the national flag at BHC building in the morning of 14th August.

Interim Minister for Home and Tribal Affairs Agha Umar Bangulzai has ordered security officials to take strict action against any youngster involved in such activities on Independence Day.

“One-wheeling bikers and youngsters disturbing the people by splashing water won’t be spared at any cost on Independence Day,” warned Bangulzai.

He directed security officials to take strict security measures across the province in order to ensure a peaceful environment for the masses celebrating Independence Day.

As Quetta’s population rises, so do the water woes of people