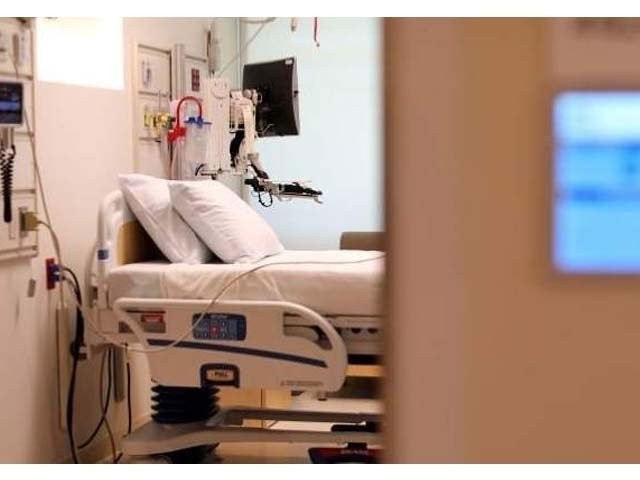 PESHAWAR: While the provincial health ministry had undergone a mini-revolution in the last government, the incoming government — already familiar with the pitfalls — will be looking to address the main challenges posed to its plan of universal health coverage, including the massive shortage and quality of human resource in key areas, particularly after the merger of the tribal areas.

This was suggested by a report on human resource for health in Khyber-Pakhtunkhwa (K-P) jointly filed by K-P and federal health officials, a copy of which is available with The Express Tribune.

K-P, now including the erstwhile federally administered tribal areas (Fata), has a population of 35.5 million people per the 2017 census. More than 83.4 per cent of the population lives in the rural areas.

With the population of the province expected to soar above 50.3million by 2030 and the number of physicians required for ensuring universal health coverage and meeting SDGs targets would rise to 55,877 physicians and 168,135 nurses, LHVs and midwives.

Health officials say that while short, the gap to their target for doctor-to-patient ratios was not as large as expected with 26,963 doctors registered in the province by the end of 2017, or around 68.3 per cent of the required. Hence, there was no issue with the number of doctors available or the gap of the required doctors, particularly in light of some 20 medical colleges — in both public and private sector — who are producing doctors every year.

A major challenge in K-P, is thus, the low production of nurses and midwives. Most of those who graduate out of the few nursing schools are women, hence there is a dearth of male nurses in K-P as well.

Not just about numbers

Specific challenges related to professional institutions are not only the low number of professionals produced but also the quality of health education and training, accreditation to maintain educational standards, management of the applicant pool and retention of students till graduation.

“Another challenge is lack of regular and structured continuous professional development (CPD) assessments and plans across all types and levels,” the report read, adding that high attrition rate amongst graduates (as a result of migration for jobs and women physicians who do not continue with the profession) is another issue which needs to be investigated.

The institutional imbalances and poor quality health professional education have led to inequity and inconsistency of health professional’s availability, it read, adding that by the end of 2017, the annual production capacity of medical institutions for graduate courses was 2,050 indicating that 24,600 physicians can be produced in the next 12 years.

To ensure UHC in the shortest possible time, emphasis should also be given to having maximum coverage of LHWs along with system strengthening investments and required changes in the scope of their work.

“Guaranteeing rights to all health workers, including service structure, safe and decent work environment and freedom from all kinds of discrimination and violence,” it suggested besides addressing broader societal barriers that prevent women from joining the health workforce.

“Barriers include security issues, sexual harassment in the workplace, women requiring permission from the family to work and provisions for life events such as maternity leave,” it said and suggested ensuring development and implementation of standards with the minimum of one qualified nurse for three general hospital beds.

The indicators for the SDGs’ target for 2030 outlines the ideal number of health workers in the province including physicians, specialists, dentists, pharmacists, nurses, midwives, lady health workers by gender, and district.

It added that for sustainable development, it was not only required that the adequate number of doctors and nurses were available, but that there was a well-distributed workforce with an appropriate mix of skills to provide quality services.

“Though there have been attempts in scaling up the production of health professional that has not been sufficient enough to keep the pace with the increasing population, thus, it is critical to address health workforce challenges rapidly,” the report jointly filed by K-P and federal health officials.

The report suggests that K-P establish a provincial health workforce planning and development capability which provides strategies, governance mechanism, legislation and resources to deliver a health workforce of sufficient size, composition, capability and distribution to meet the health needs of the population.

Agreed by all provinces and stakeholders, the ‘Pakistan: Human Resources for Health Vision (2018-30)’ points to common strategic priorities and a useful framework of reforms in four strategic areas including investing in HRH labour market, health professional education and training, HR information systems besides strategies, governance and regulation.

“While there is a shortage of all types of the health workforce in the K-P, priority should be given to enhancing the numbers of nurses, (qualified nurse for one ICU bed) through autonomous healthcare commissions both in public and private sector,” it read.

It also suggested new and current nursing and midwifery schools to double the production by 2023 with enhanced quality of professional education calling it a must for achieving SDGs’ targets.