From 179 to zero in four years: FATA’s polio success story

From 179 to zero in four years: FATA’s polio success story 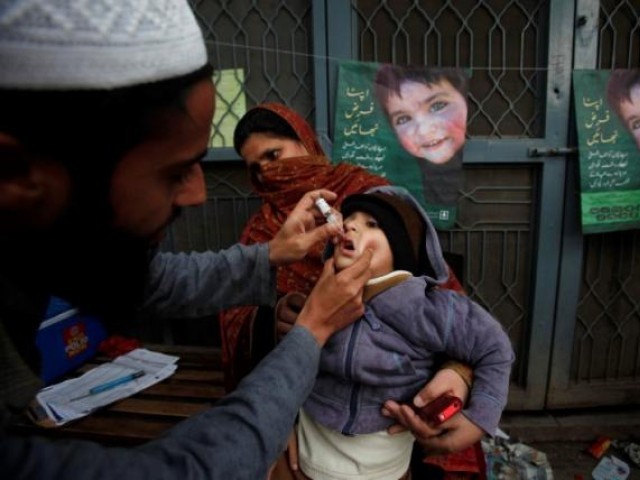 PESHAWAR: Reeling from a  string of attacks on polio workers, rising militancy with a military operation in the offing and a general public view against polio vaccination leading to thousands of refusals, cases of the crippling virus in 2014 had soared in the erstwhile tribal areas to a high of 179. It corresponded with a countrywide count of 306. Things were bad.

With international curbs slapped on the country, the government finally woke up to declare a polio emergency in the country.

But four years down the line, the situation in the erstwhile Federally Administered Tribal Areas (Fata) has completely changed.

The region has been virtually polio-free for the past two years, with the last polio case to be reported anywhere in the belt coming on July 27, 2016.

Health officials, however, are cautiously optimistic. While no case has been reported in area for the past 24 months, they point out that environmental samples in the area, which serves as the main transit spot for the virus from another of the last reservoirs for polio — Afghanistan, continue to turn up positive pointing to the continued presence of the virus in the area. Even if no case is reported, health officials say the circulation of the virus in the area continues to pose a serious threat.

“Even if one child is paralyzed, it will prove to be a major blow for the entire programme, specifically in the erstwhile Fata districts,” said a senior health official dealing with polio eradication drives in the area, adding that this was why the government was continuing anti-polio campaigns in the area repeatedly.

The official, who wished to remain anonymous since he was not entitled to speak to the media, stated that not only in the tribal districts, all those involved in the emergency immunisation programme were inches away from eradicating the virus across the country since the virus’ circulation had been curtailed with the incidence of cases dropping sharply.

Cases in the country have dropped from the high of 306 in 2014 to just eight last year and three so far this year. In Khyber-Pakhtunkhwa (K-P) and Fata, this fell from a combined high of 247 in 2014 to one last year (in K-P) and none this year.

How to win when you are winning

The health official went on to explain the different strategies which were being adopted at different stages and locations to tackle the virus. However, he credited the political administration and the security forces for their cooperation in making the progress possible.

“There are certain parts of various districts where polio workers can move easily. But when it comes to discussing areas such as North Waziristan, the situation was so volatile that polio workers were told not to step into the area,” he shared. It took a massive military operation, codenamed Operation Zarb-e-Azb (launched in 2014), in the area to make it safe for vaccinators to go around and immunise children against the crippling virus in the district.

But the militants were not the only threat, who had sowed fear by first killing vaccinators in South Waziristan in 2012.

Misperceptions, including those based on varying religious beliefs, also posed a hurdle. In this regard, the government had to first educate people and clarify that vaccination was not at odds with those concepts.

Another was to fulfil the need-based demands of parents such as the supply of power in exchange for access to children.

“We are changing our strategy,” the official said, noting that owing to complaints from parents about the monthly frequency of the vaccination campaigns, they had extended the time between campaigns to hold them after every six weeks.

Listening to the people, he said, had also improved things.

Continuing under hardest of circumstances

“When you discover that one of your colleagues, who was doing the same job as you do, has been killed, you think twice before carrying on with your duties,” was the way Dr Iftikhar Ali, an assistant director for the Expanded Programme on Immunisation (EPI) and the polio eradication initiative for the tribal districts, explained the reaction amongst the health community to their colleagues being killed.

He credited the frontline workers [those who administer polio drops to kids] for the work they had done. At least 17 polio workers had been killed in Fata and K-P in 2014 when the polio cases soared.

He stated that they always talked about improvement but whenever they talked, they never forgot the sacrifices paid by the frontline workers and the armed forces who made previously no-go areas accessible for polio teams adding the previously political agents [now deputy commissioners] were one of the three agents who changed things.

While massive efforts were made to get polio workers safely to homes of people, they had to face a new challenge there. Parents refusing to allow their children to be vaccinated.

Dr Ali said they had to face thousands of refusal cases.

However, the government, along with its international donors doubled down and tried to address the reasons for refusals with different strategies adopted at different intervals.

As a result, the refusal cases dropped down to almost zero with every campaign covering over 98 per cent of the targeted children.

The last vaccination campaign, in the first week of August, saw some 0.8million children, below five-years-of-age, vaccinated by some 3,651 teams of vaccinators including 3,406 mobile, 167 fixed and 78 transit teams.

Earlier before the campaign started, a statement issued from the secretariat for the tribal districts read that Emergency Operation Center (EOC) had almost achieved their targets and hailed the performance of frontline workers as exceptional.

“Although one of the major milestones has been achieved by the EOC, the job is not yet complete,” the statement quoted EOC’s Coordinator Mahmood Aslam Wazir as saying adding, “We need to maintain performance with the same determination with no amount of self-complacency at any level until polio is eradicated.”