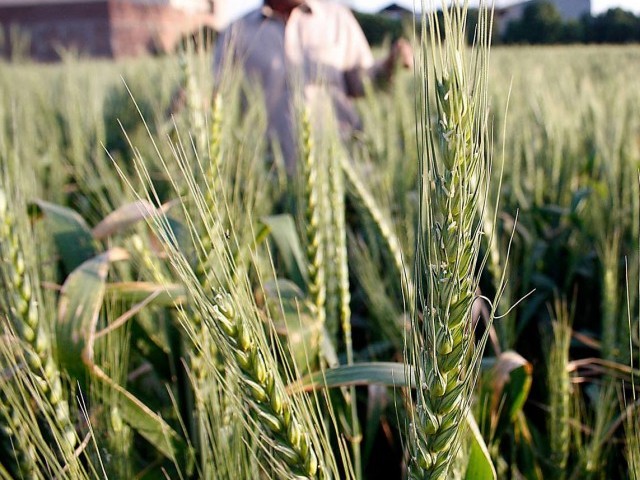 KARACHI: The government has not been able to achieve the targets of the World Bank-funded Sindh Agricultural Growth Project worth Rs8.87 billion due to which the relevant departments are considering to amend the PC-1 of the project and expand its tenure.

According to sources privy to the project, governance issues of the agriculture and livestock departments were the primary reason behind not achieving the set targets. The two departments were given the task to execute the project that was supposed to end during the fiscal year 2018-19. However, as the targets have not been met, the project is likely to be extended.

The project aimed to boost agricultural and dairy products in the province. Its targets included increasing the production of red chilies, onions, dates and rice by 20% and milk by 4%.

In the meantime, representatives of growers have blamed the agriculture and livestock departments for not achieving the set targets because of their maladministaration.

Syed Mehmood Shah, a representative of the Sindh Abadgar Board, a farmers’ lobbying group, explained that the project could have made significant impact on the agricultural output of the project but it could not be executed properly due to the administrative issues of the government departments. Shah, who is also a member of the steering committee of the project, claimed that the project was delayed initially as its directors were repeatedly changed.

According to Shah, procurement of required machinery for the project was also delayed. He went on to claim that no session of the steering committee was called since one-and-a-half year.

Despite investment of billions of rupees, no significant development can be seen on ground except for a few steps such as establishment of training schools, Shah said.

Sindh Chamber of Agriculture (SCA) Senior Vice-President Nabi Bux Sathio blamed poor governance of the livestock department for failure of the project so far. Sathio did not object to increasing the project’s tenure, however, he called for making people know that additional loan would have to be taken in order to exceed the duration of the project.

The SCA office bearer demanded that a progress report of the project be issued every six months in order to inform people how much expenditure was incurred and what progress was achieved. It must be known where and when farmers received benefits of the project. Sathio said.

Of the Rs8.87 billion funds provided by the World Bank, Rs6.24 billion were given to the agriculture department and Rs2.63 billion to the livestock department. It is a matter of concern that the funds were utilised in various heads including salaries of the staff concerned but no progress was achieved to meet targets.

According to the project’s PC-I, an amount of Rs970 million was allocated for the operational expenditure of both the departments. Of this amount, Rs500 million were allocated for the salaries and allowances of officers and staff of both the departments and the remaining amount was spent on the purchase of new vehicles, air conditioners, furniture and other office accessories. A hefty sum of Rs361.04 million was spent only on the employees of the agriculture department.

The director-generals of the projects of the two departments received monthly remuneration of Rs250,000 each. They were also entitled to facilities worth hundreds of thousands of rupees.

The project had aimed to curtail losses incurred by crops of rice, date and spices by 20%. According to the documents of the project, there is a loss of 25% in the yield of these crops while 30% is the loss in milk production.

In order to improve milk production, the project targeted to install 153 milk chillers in 765 villages with each chiller having the capacity of storing 1,000 litres of milk. However, the chillers have yet to be provided in most of the villages and in a few places where they have been provided, they have yet to be made operational.

The livestock department was also to ensure that 121 veterinary hospitals and laboratories are functional across the province.

The agriculture growth project focused primarily on minor crops so that small scale farmers, who also include many women, could benefit. According to the agriculture department statistics, 92% of red chilies in Pakistan are grown in Sindh, which also produces 33% and 50% of onions and dates in the country respectively.