KE says power failur­e is due to trippi­ng of extra high tensio­n lines
By Our. Correspondents
Published: August 12, 2018
Tweet Email 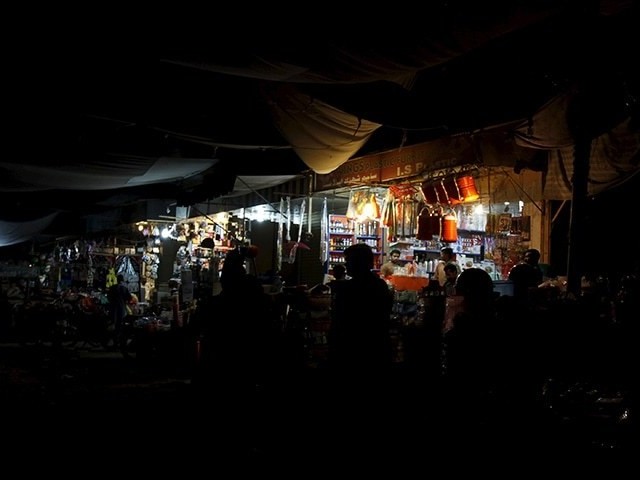 Power situation update:
Restoration work completed and power restored to all areas affected by EHT tripping. Any localised faults can be reported via 118 or on our social media platforms.

While the Karachi Electric (KE) claimed to have restored power supply in majority areas of Karachi, the residents disputed the statement with users taking to Twitter to express frustration.

No, we still don't have electricity, for last 8 hours.

We don't have electricity since 5AM, I have already complaint three times since morning.

According to KE, power supply was suspended in due a technical fault. “Team are fully mobilised and restoration process,” the electricity authority wrote on its official twitter account.

Power supply to few parts of Karachi is currently affected due to EHT tripping. Teams are fully mobilized & restoration process is underway with few affected areas already restored. We sincerely regret the inconvenience caused & thank you for your patience during this time.

KE issued the statement after enraged Karachiites sought explanation for delayed power out.

@KElectricPk power outage in north Nazimabad block b since 3am last night. What is wrong, what is being done to rectify and restore power, when can we expect a restoration by? Please don’t bother with an automated response, got enough of those from your helpline/texts

KE – Block 14 along with its adjoining areas is having power outage for last 4+ hours. Please rectify as early as possible. And also confirm that when the power will be restored? Thanks

Reportedly, some areas have been power-less for more than seven hours.

@KElectricPk no power supply since 5.00 am only one Answer ** teams are working in your area** where? When ? Who is working no answer …high quality of customer service. ..@ImranKhanPTI @Khi_Alerts @OfficialDGISPR

Just a little drizzle in Karachi and the capability of KElectrics is exposed. What if there is some heavy rain? I hope the new govt will definitely put your company accountable too.

Since 3 am we have no electricity .nothing is being done except for these lame excuses.
What is going to happen if karachi gets rain?