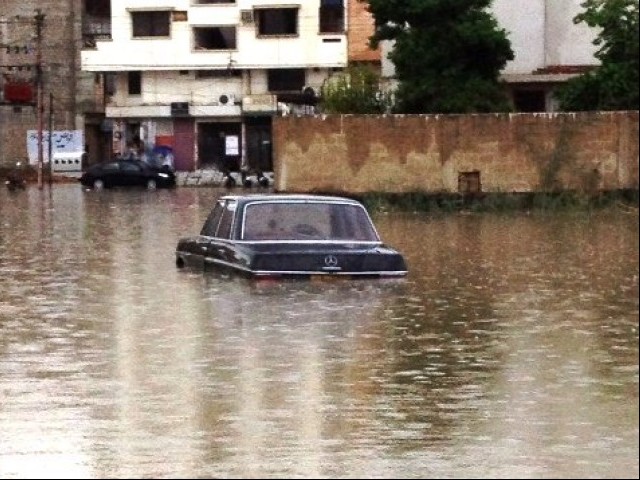 ABBOTTABAD: Acute water shortage has been reported in Abbottabad city for the last few days. On the other hand Water and Sanitation Authority (WASA) and Town Municipal Authority (TMA) Abbottabad are at logger heads on the matter putting responsibility on each other for the issue.

Earlier water supply distribution was done by the TMA and after the creation of WASA, the responsibility was shifted over to WASA. Though the situation has improved slightly, whenever there is rain in Abbottabad city and upper hilly areas, the water supply to Abbottabad is stopped. This is because the water supply becomes muddy due to the mud sliding down with the rainwater, and sand clogs the storage tanks and water supply system. Due to this reason WASA has to wait till it stops raining and after that they clear the mud and sand and release the water to the city.

City of Abbottabad has been witnessing the rainy season for the last couple of days and WASA is not providing a drop of water to the city, especially in Kunj, Kehal, Karim Pura and Malik Pura. As a result people are running from pillar to post looking for clean drinking water.

Despite the fuss the objection made by the TMA and previous government for the completion of the water supply project, what they are left with is a supply system which works in the city alternative days and in the days of rain, it completely goes off and no alternative arrangements are being made by WASA or TMA. WASA official’s reports state that still water collection charges from the city are done by the TMA.